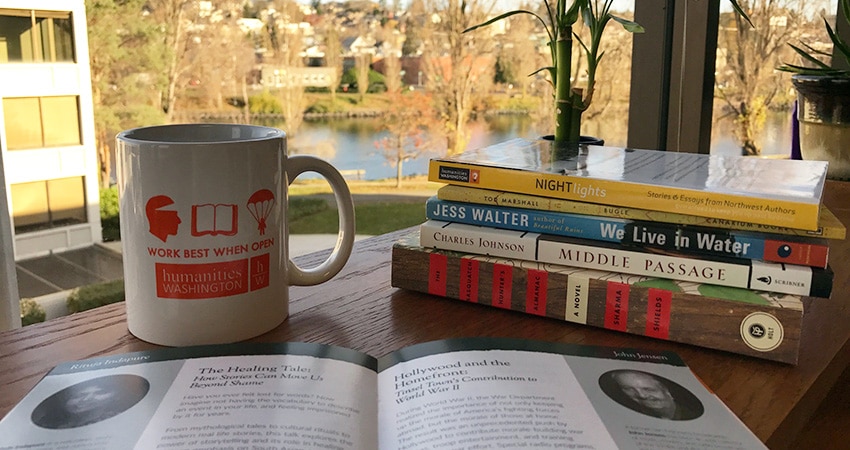 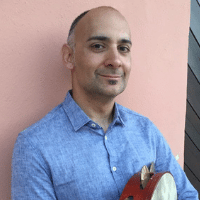 Antonio Gómez is an educator and percussionist focused on fostering musical dialogue between cultures. He has studied, performed and recorded in various genres with emphases on Mediterranean and Afro-Latin music. A 2013-14 Jubilation Foundation Fellow for music in education, he conducted studies in Spain, Morocco and Italy as well as in Latin America. Formerly a K-12 teacher, Tony has developed curricula for PBS and the Experience Music Project Museum/Smithsonian. He has also worked with students and educators at the Broadway Center for Performing Arts and as an education services manager at KCTS 9 Public Television. Tony holds a Masters in education. 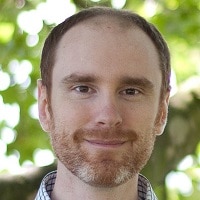 David is the editor of Humanities Washington’s Spark print magazine and blog, and oversees the organization’s social media, website, PR, and general marketing. He came to Humanities Washington after seven years in the nonprofit sector, first as a grantwriter at the Pacific Science Center, then in communications positions at the Pew Charitable Trusts and the Science History Institute in Philadelphia. A graduate of the University of Washington with a BA in journalism, David has written for the Utne Reader, CityArts, Chemistry International, the scientific journal Neurosurgery, and other outlets. He also hosts Dead Electric, a weekly music show on Everett’s public radio station KSER. 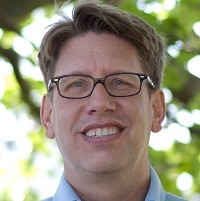 In Eric’s current role as the chief financial officer at Humanities Washington, he oversees financial performance and measurement, governmental compliance, human resources, and information technology. He began his career at Ernst & Young in the San Diego tax compliance department after earning an accounting degree from San Diego State University, and subsequently transferred to the San Francisco office’s audit practice. Later, he served as a financial analyst for a publicly-traded pharmaceutical company in the Bay Area, worked as an auditor with KPMG Berlin, and taught business English in Germany before moving to the Pacific Northwest, where he managed the finances and operations of a small Seattle-based company prior to joining Humanities Washington in 2006. 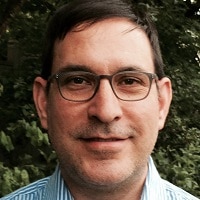 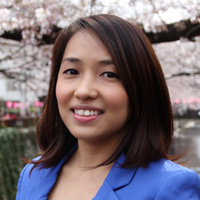 Jera manages the expansion of Humanities Washington’s Prime Time Family Reading program. Previously, she served as the education programs coordinator at the National Humanities Center in Durham, North Carolina, where she organized various events including more than 40 Humanities-in-Class webinars on a wide range of topics. Jera has a PhD in liberal arts, with a focus on politics and international relations, from the International Christian University in Tokyo, Japan. She has two little ones who love to read books!

Julie Ziegler has served as Humanities Washington’s CEO/Executive Director since 2009, joining the organization after a career in corporate philanthropy with such companies as Safeco Insurance (now Liberty Mutual), Bank of America Foundation, and U.S. Bank. A passionate advocate for the humanities and a lifelong Washingtonian, Julie is committed to bringing engaging, thought-provoking humanities programs that build community across the state.

Accomplishments during Julie’s tenure at Humanities Washington include increasing state funding more than tenfold and securing the largest multi-year private grant in the organization’s history; extensive work in equity and inclusion at all levels of the organization from board leadership to program development to operations; and the development, launch, and growth of new programs including Prime Time Family Reading and the Center for Washington Cultural Traditions. 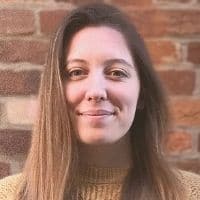 Kate McElroy holds an MA in folk studies (2019) and a BA in anthropology (2016), both from Western Kentucky University. Her professional history includes folklife programming, nonprofit work, and museum experience. As the managing editor of the journal of Washington State folklife Rites of Green, Kate hopes to facilitate a landing place for discussions about the aspects of our lives that connect us to each other. 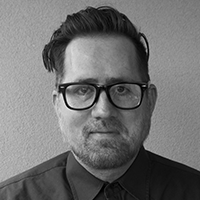 A collaboration between Humanities Washington and the Washington State Arts Commission, the Center seeks to document and preserve the traditional culture of Washington State. Thomas received his PhD in folklore and ethnomusicology from Indiana University in 2019. Prior to joining Humanities Washington, Thomas worked as an independent folklorist, writer, and consultant with numerous folk and traditional arts agencies across the county, as well as national organizations including the Association for Cultural Equity, The American Folklore Society, PBS Education, and the National Assembly of State Arts Agencies. 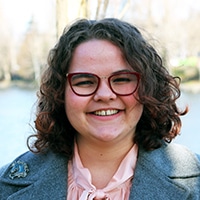 Rachel assists both the program and development staff with tasks related to Prime Time Family Reading, fundraising, and administration. She received her Bachelor’s in environmental studies from Lewis & Clark College with a focus on resilience in socio-ecological systems. Rachel is a Washingtonian through and through, and has an eclectic background in musical theater, world travel, and public health. 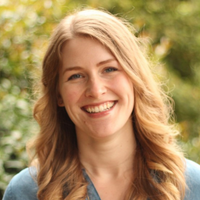 Sarah manages the Speakers Bureau program as well as live events. She received her PhD in English from the University of Washington in 2020; her research focuses on eighteenth- and nineteenth-century British literature, women’s writing, and print culture. Sarah has taught a range of courses in the English department at the University of Washington, including “Jane Austen and Her World” and “Witches and Monsters in Literature.” She has also produced multiple public humanities events in the Seattle area, including JaneFest and Frankenreads, bicentenary celebrations of Jane Austen and Mary Shelley, respectively. 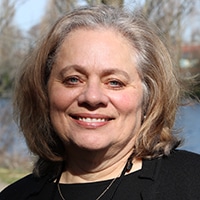 Shelley is proud UW Husky and continues to be involved in alumnae association events on campus.  She lives in Seattle with her husband, who practices law with their son. She enjoys spending time on the Washington Coast whenever possible. 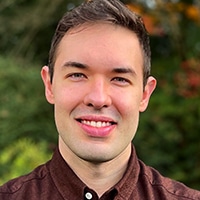 Stone leads the Think & Drink and Speakers Bureau programs, which aim to expand the humanities outside of the classroom and into the lives of all Washingtonians through provocative and enriching public conversations. In 2021, he received his PhD in philosophy from the University of Washington. Stone taught philosophy at the college level for eight years, served as an instructor for the UW Center for Philosophy for Children, and was the assistant director of learning and strategy at the Foundation for Healthy Generations. 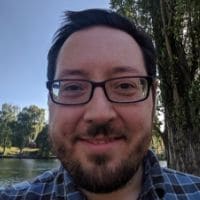 Tom is the administrator for Humanities Washington’s Salesforce database. Prior to joining, he managed the database for Yale University’s Office of Marketing and Trademark Licensing. Tom has a Ph.D. in Classics and comes to Humanities Washington after 10 years in higher education, where he taught Latin, ancient Greek and digital humanities at a variety of small liberal arts colleges. 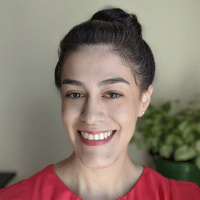 Violeta has a Bachelor’s degree in comparative literature and the history of ideas from Willamette University and a Master’s in Latin American and Caribbean Studies from New York University. Violeta has previously worked in higher education supporting first-generation students via college access and success organizations.

How did the Northwest shock the hip-hop world?

"It isn't enough to say we 'need' the humanities because we ARE the humanities. They are gifts to us from our predecessors, ancestors, and contemporaries. They represent the imagination, [the] innovative, and ask us to think deeply—as the greatest philosophers and artists have always asked us for the last 2,500 years—about our experience, and to think beyond the various intellectually lazy forms of ideology circulating in America today."