A History of Washington Music in Ten Songs 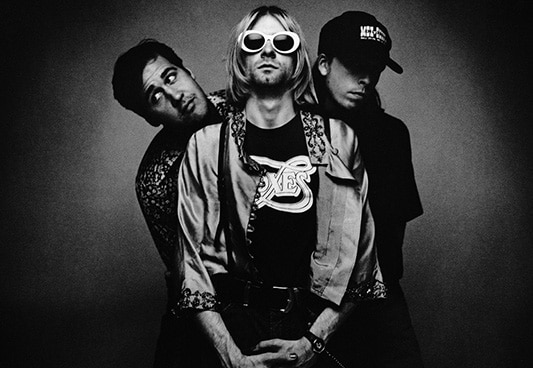 Washington State is on the edge – the geographical edge of the continental United States, and the cutting edge of music. Throughout its history, Washington’s remote location and raw materials have inspired innovation and experimentation in both industry and in music, with Northwest bands driven by D.I.Y. sensibilities and a healthy rebellion against convention. Grassroots forces formed whole styles and whole scenes here, and homegrown sounds continue to echo throughout our state.

It was in the unique acoustics of Spokane’s Clemmer Theater that Bing Crosby developed his trademark singing style. His phenomenal success as a vocalist led to his ultimate rise as the world’s first multimedia star. He recorded “Black Ball Ferry Line” in 1951, namechecking his home state’s famous ferries.

Northwest anthem “Louie Louie” started as a calypso-doo wop song by Louisiana native Richard Berry, who first recorded it in 1957. When Berry toured the Northwest, The Wailers picked up the song, and their version became a local favorite. The rough garage rock sounds of The Wailers, The Frantics, and The Sonics had a great impact on the development of grunge.

Instrumental band The Ventures popularized the surf sound. The Tacoma group still performs today, over a half-century after recording the classic “Walk, Don’t Run,” one of those songs you know even if you don’t think you do.

Seattle’s Jimi Hendrix is known today as the greatest rock guitarist not only of his generation, but…ever. His rock and roll classroom was The Spanish Castle, a club located on Highway 99 between Tacoma and Seattle. Their roster included some of the great acts in the early days of rock and roll, including the guitar and organ-driven sounds of Northwest bands The Sonics, The Wailers, and the Dave Lewis Trio. After seeing many amazing shows there, what a thrill it must have been when Hendrix eventually entered the Spanish Castle as a performer. Hendrix recorded “Spanish Castle Magic” in 1967, just a few months before the club was demolished.

Say what? There was a time in the early ‘70s when, in the unlikely location of Tukwila, a thriving scene flourished in the lounge of The DoubleTree Inn, with the Overton Berry Trio at its nexus. The electricity of their jazz-infused blend of traditional, swing, and pop music was a magnet for an audience living outside the city limits. Overton wowed audiences with his keyboard improvisations on “Hey Jude.” The trio’s cover became a signature song of the Northwest’s funk and soul scene and an underground favorite of DJs worldwide.

Washington’s hip hop scene began to emerge in the 1980s with Sir Mix-a-Lot. His first hit was the 1988 single “Posse on Broadway,” which takes a lyrical cruise through south Seattle on the way to Capitol Hill’s main drag.

By the time Nirvana catapulted to national stardom in 1991, the local music scene was heady with the underground sound of what became known as grunge. Nirvana’s local breakthrough was their 1988 cover of “Love Buzz,” a song that incorporated just enough pop sensibility to make the band’s hard-core dynamics accessible.

Capturing the bleakness of the long Northwest winters, mountain-echo flannel quintet Fleet Foxes play self-described “baroque harmonic pop jams.” Their beardy folk pop aesthetic and minimalist style stood out in contrast to the glossy production values of mainstream music, and they rose to prominence both in spite of—and because of—that style.

Washington native Macklemore broke records with his 2012 single “Thrift Shop,” a tribute to Seattle’s secondhand stores and a social commentary on bling. As the only independent artist in the 21st century to score a hit on the Billboard Top 100, Macklemore points the way to new directions and distribution models for music.

Have a song you think should be added? Tell us in the comments!

Amanda Wilde is a Seattle area DJ and host of The Swing Years and Beyond on KUOW. She is also a Speakers Bureau presenter for Humanities Washington, presenting her talk “Washington’s Music Pioneers” across Washington State. Check our calendar for upcoming dates.

2 thoughts on “A History of Washington Music in Ten Songs”