Back To All Blog Posts

Here are the fifteen teams of Washington artists and craftspeople chosen to help preserve traditional skills.

Through the program, a skilled and experienced master artist mentors an apprentice, spending at least 100 hours of one-on-one time during the program year. The master artist will teach skills related to a tradition in their community, conserving that tradition and allowing it to thrive in future generations.

Washington State is home to a rich collection of cultural traditions carried on by members of its many communities—from the Indigenous peoples in whose homelands this program takes place, to its most recent immigrants. Folk and traditional arts and practices provide meaningful ways for individuals to connect with their past, and to build bridges to others and their surroundings in the present. Yet, because these practices are often learned informally in a one-on-one setting, many traditions are at risk of being lost.

Now going into its third year, 46 people have participated in the Heritage Arts Apprenticeship program. Many who have been part of it were able to use their experience to create businesses centered on their traditional products, or better establish themselves as teaching artists or paid entertainers. In addition to both preserving traditional skills and generating income for the practitioners, the program also helps apprentices develop important leadership skills that will help them advocate for their communities.

The Heritage Arts Apprenticeship Program will culminate in a free event to introduce the public to these unique cultural traditions.

Check out information about participants, their traditions, and their progress throughout the year at waculture.org.

Tradition: Qeej – Hmong traditional instrument. This apprenticeship will preserve and revive traditional Hmong qeej (pronounced “kheng”) playing in Washington. The qeej is a bamboo mouth organ made up of six playing pipes with a long blowing tube. The player blows in the instrument and covers the holes with fingers creating differing musical tones that correspond to spoken Hmong words. 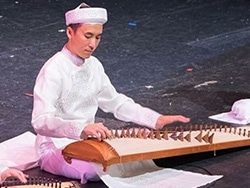 Tradition: Vietnamese dan tranh – traditional music. The dan tranh is a traditional Vietnamese 17-stringed zither (stringed instrument) that dates back to the 11th century.  It features a long soundbox, steel strings, and pegs for tuning. The instrument can be performed solo, as part of an ensemble or accompanying a vocalist. Dr. Hong will teach his apprentice skills that he has mastered over several decades of playing. 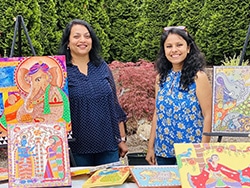 Tradition: Madhubani – Indian classical painting. Madhubani painting is one of the oldest visual art styles known to mankind. It originated in the ancient kingdom of Mithila, part of India as per the modern globe.

Tradition: Calligraphic arts have been integral to Jewish identity for centuries. In times of adversity and flourishing, these arts have fostered continuity: in Hebrew, Aramaic, Yiddish, Ladino, Judeo-Arabic, and more. This team will study and share art and techniques informed by these histories and cultures, including traditional scribal arts, illumination, the development of modern lettering, ketubot (decorated wedding vows), and how the calligraphic arts can be part of modern socially engaged Jewish expression.

Tradition: Bharatanatyam – Indian classical dance. Bharatanatyam is one of the eight primary classical dance forms of India and is an ancient form of art which has been passed down over many centuries. The techniques require many years of rigorous training under the tutelage of a teacher in the form of a guru shishya parampara—guru being a teacher, and shishya being a disciple.

Tradition: Yakama Nation traditions. The variety of traditions will include digging roots, fishing with hoop nets, cutting fish/drying, hunting elk, cutting elk, making jerky, making fry bread, and exercising Indian rights. The team seeks to preserve these traditions in order to pass them down to the next generation, and will use the experience to share with their whole tribe.

Tradition: Khmer traditional music. Vichet will be learning a traditional Khmer instrument called the “Kemp.” It is used to play in wedding ceremonies, new years gatherings, and other communal celebrations. It is an instrument that uses strings hit with thin, flexible bamboo sticks to create a bright, high-pitched sound. 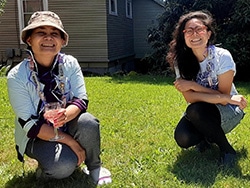 Tradition: Robam—Royal Ballet. Robam is known as Royal Ballet, in which the cycle of life is expressed through four hand gestures: a tree, a leaf, a flower, and a fruit. Robam is related to everyday life events such as love, working, celebration, happiness, and blessings. The ballet welcomes the kings and queens into the temple and pays its respects to everyone.

Tradition: Nordic Lapstrake boatbuilding. Nordic boat building tradition began with sophisticated Iron Age rowing vessels. Vikings rigged these ships with sails and refined the use of iron for rivets, spikes, and tools. Shipwrights, blacksmiths, and carvers established a shipbuilding and seafaring culture that was both feared and respected across Western Europe. The elegance, beauty, and seaworthiness of these ships has afforded them universal recognition as a true art form.

Tradition: Mexican folk music. Under the direction of Abel Rocha, Gus Denhard will study musical styles and genres associated the Mexican sones. He will explore the use of vihuela on the west coast of Mexico (Jalisco, Michoacán, and Guerrero), and the music from the eastern La Huasteca region, using instruments such as the guitarra quinta huapanguera and the jarana huasteca. He will learn the strumming patterns (manicos or rasgueos) unique to many of the songs, as well as the typical melodic material (pespunteo). 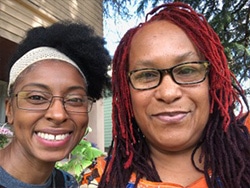 Tradition: Traditional West African dance. This team will engage an intensive study of African arts and culture through the lenses of traditional and authentic West African folkloric repertoire, with a focus on the traditions of Guinea. Afua will guide Akua through the process of researching West African culture, learning dances, and creating a stage show. 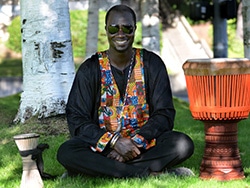 Tradition: Traditional West African Drumming. Drumming is a traditional art form ingrained in daily life throughout Africa and the African diaspora. Through sounds and rhythms, drumming transmits and preserves the rich history and traditions of African culture. It plays a significant role in the way communities and people relate to each other, in celebrations, religious practices, and historic events. This project focuses on traditional West African drumming with sabar (hand-and-stick), djembe (hand-drum), and djun-djun (big-barrel bass).

Tradition: Traditional West African Drumming. Kofi will be sharing with Sanai the language of the drum as well as other traditional instruments including the African Xylophone and the Pepensuwa (thumb piano with bamboo keys). Sani will also learn and document the stories, dances, and music that melds Kofi’s 40 plus years of experience living in Washington State sharing with his rich Ghanaian heritage. The team will record music and stories in order to leave a legacy for future generations to enjoy.

ABOUT THE CENTER FOR WASHINGTON CULTURAL TRADITIONS

The Center for Washington Cultural Traditions is a program of Humanities Washington, presented in partnership with ArtsWA. In collaboration with communities statewide, the Center conducts research and programming to support and advance understanding of the living cultural heritage of Washington State. For more about the Center, visit waculture.org.

Humanities Washington opens minds and bridges divides by creating spaces to explore different perspectives. As Washington State’s affiliate of the National Endowment for the Humanities, we hold hundreds of free events around the state each year on everything from history to current social issues. For more about Humanities Washington, visit humanities.org.

ArtsWA is the Washington State Arts Commission, the state’s arts agency. It was established by the legislature in 1961. Its mission is to collaborate with and support artists and arts organizations statewide to conserve, promote, and develop artistic resources. For more information about ArtsWA, visit arts.wa.gov.

The Center for Washington Cultural Traditions, in collaboration with communities statewide, conducts research and programming to support and advance understanding of the living cultural heritage of Washington State. Find out more.