In this look back at 40 years of Humanities Washington programs, we look at a photography installment in downtown Bainbridge Island. 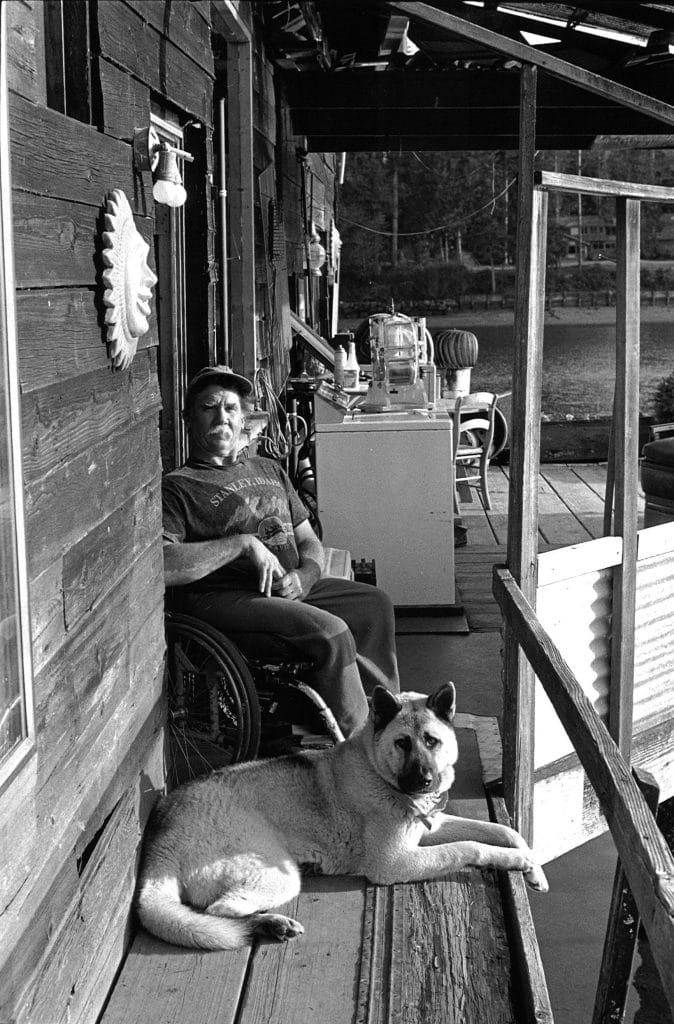 Photographer Joel Sackett spent much of his time away from his home on Bainbridge Island during the early 1990s, living in Japan and working for a variety of publications. When he finally rejoined his family and tried to settle back into life on Bainbridge, he felt disconnected from the places and people around him. Sackett began shooting portraits of fellow island residents in 1994, as a means to explore and rediscover his home.

A grant from Humanities Washington funded an exhibition of Sackett’s portraits, which were printed and displayed in the windows of the Winslow Hardware and Mercantile Store in downtown Winslow. “I wanted to stop people, and that happened from morning to night,” said Sackett. “I also wanted the viewing of the work to be in public, to spark conversations about the content of the photographs.” The series highlights the wide range of lifestyles, ages and cultures among Bainbridge’s inhabitants. Houseboat families, farmers and grinning teenagers all appear in Sackett’s photographs, providing the community with a visual record of its own variety.

Since this first Bainbridge project, Sackett has gone on to publish two books of photographs shot on the island. In Praise of Island Stewards (2002) and An Island In Time (2005) both feature more photography that explores the character and lifestyles of Bainbridge Island. He was awarded Bainbridge’s first ever Island Treasure Award for his contribution to the humanities on the island.