This longtime Bedtime Stories author discusses his writing method, experience as a cartoonist and what to expect from his story at this year’s gala in Seattle.

Charles Johnson’s pen has seldom been idle — it’s just a question of how he was using it at a given time. Given that he first earned notice as an artist, illustrator, and cartoonist, he told interviewer E. Ethelbert Miller, “It’s always been amusing to me that I’m primarily known as a ‘writer.'”

But a writer he is: Winner of the National Book Award for his most acclaimed novel, Middle Passage, and honors including MacArthur and Guggenheim fellowships, the emeritus University of Washington professor today has four novels, three story collections and a plethora of essays to his credit. That’s not to overlook his work as an editor and compiler of anthologies; or his two books of political cartoons, published when he was just in his twenties; or the advice-for-artists TV show “Charlie’s Pad” that he created in 1970, while a college student in Illinois. (A selection of his cartoon work is archived at his website.)

Drawing and cartooning were Johnson’s early passions, but his use of words — particularly 1990’s Middle Passage, about a free black man in 1830s New Orleans who finds himself on a ship bound to pick up a cargo of African slaves — appears to have lodged him in the American canon. Johnson appears at Humanities Washington’s Bedtime Stories event Oct. 12.

For information on becoming a sponsor or purchasing a table, contact Kari Dasher at (206) 682-1770 x103 or kari@humanities.org.

Humanities Washington: In a 2007 lecture at the Walter Chapin Simpson Center for the Humanities, you said: “Art is always forged in the tempestuous crucible of a particular historical moment.” Can you identify writers you admire whose work best represents their own historical moment?

Charles Johnson: Any form of artistic or literary expression — and especially storytelling — will inevitably embody the premises, values, and presuppositions of the cultural moment in which it arises, and for that reason we can “read” elements of a culture at a particular moment in time from the text. Several classic works of literature easily come to mind. Think of Petronius’s Satyricon; Harriet Beecher Stowe’s Uncle Tom’s Cabin, which fueled abolitionist fervor before the Civil War; Charles Dickens’s Hard Times; John Steinbeck’s The Grapes of Wrath; and Ntozake Shange’s For Colored Girls Who Have Considered Suicide When the Rainbow is Enuf. Those examples should illustrate the point, but literally any created work mirrors some aspect of the time it was created because no work occurs in a historical vacuum. This is true even in terms of literary technique which, like everything in the world, changes during different periods of history. It is also the work of one subjectivity drawing from the enveloping culture and interpreting it. 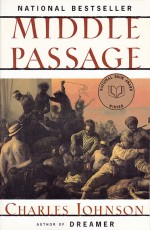 HW: More than twenty years after its publication, Middle Passage is taught as a text in many college curricula and widely discussed in scholarly articles. When a book takes on that kind of academic afterlife, what does it mean for you, its author?

Johnson: Middle Passage is in its 20th printing, and for 22 years it has been taught at colleges and universities, in high schools, at the U.S. Coast Guard Academy, and more educational institutions than I can remember. Every year students write directly to me with questions they have when they are writing term papers or dissertations on the novel. It’s always a pleasure for me to take a moment to answer their questions and provide them with helpful resources — literary, philosophical, and historical references — for the academic work they’re doing because for 33 years I was a professor at the University of Washington, i.e., I did the same thing with my students for works of literature and philosophy that I taught. Naturally, it’s gratifying to create something that can become part of someone’s formal learning experience, as so many novels and stories — we might as well call them cultural artifacts now — were for me when I was a student. The splendid young poet and essayist Jaswinder Bolina told me last January at the MLA convention here in Seattle that he read Middle Passage in high school. (His forthcoming second book of poems is Phantom Camera, which I’m reading now so I can write a blurb for it.) Some years ago, a nice person at a literary event said to me that Middle Passage would be still read when my grandchildren are very old. Well, once can only hope, since my grandson Emery Charles Spearman turned seven months old October 3rd.

HW: You worked in drawing and cartooning from a young age. Does visual art feed into your writing? For example, do you sketch characters or scenes as part of your process when conceiving a story? 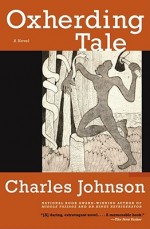 Johnson: I’ve always thought visually. Visual imagery comes much easier to me than imagery for the other senses so I have to work extra hard to evoke imagery for sound, smell, taste, touch, etc., in my fiction. But I suspect this is true for most people insofar as we think in terms of visual images, and the Western world has a long bias toward sight or things seen (We “see” the truth, for example, we never say we smell, taste or touch it, though we do acknowledge that we “hear” it.) And there’s truth in that old cliche that “A picture is worth a thousand words.” So, yes, for one novel, Oxherding Tale, I did sketch some of the characters like the Soulcatcher, and that drawing is still in my writer’s notebooks. But many, many literary writers have also been artists — William Blake, Harriet Beecher Stowe, Tennessee Williams, John Updike, Dostoyevsky, Joseph Conrad, D.H. Lawrence, Clarence Major, James Thurber … the list is very long. For readers interested in this rich area where the writer and artist are combined in one person, I recommend a wonderful book called The Writer’s Brush: Paintings, Drawings, and Sculpture by Writers, edited by Donald Friedman, with introductory essays by William H. Gass and John Updike (MidList Press, 2007). I have two pages in that volume along with 199 other writer/artists covering a span of three centuries.

HW: You began your literary and fiction studies in earnest with John Gardner. What was the best advice or input he gave to you about writing?

Johnson: Gardner’s best advice to me was, “Don’t go on to the next page until the present page is perfect.” In other words, he got me to see when I was in my early twenties the importance of intense revision. My ratio of throw-away to keep pages is about 20-to-1. All of that is just another way of saying that it’s not until a third draft that I have pages worth really moving forward with, polishing and layering the prose for both its meaning, voice, imagery and music, going over every word and sentence (and both sentence and paragraph structure) hundreds of times. As I used to tell my writing students, every paragraph should have something special or memorable in it in order for it to justify its presence on the page. I layer and layer the prose for weeks. Then mercilessly cut anything that doesn’t contribute to the overall literary composition. I typically spend six weeks on a 12-page short story for the Bedtime Stories event each year, because I strive for poetic prose, resonances, puns and oracles in the language. A story is, after all, a literary performance, first and foremost. So that’s what I try to achieve and look for in the works I read — a high level of linguistic performance on the level of the sentence and the paragraph.

HW: Can you give us a summary of what to expect from your piece for this year’s Bedtime Stories?

Johnson: Expect surprises. To be taken around some corners you didn’t see coming because I didn’t see them until I got there. Ideally, the creative process is one of discovery for both the writer and reader. That why I write — for those moments of discovery, revelation, and surprise. In my story this year, “The Weave,” I fell into a new adventure as I explored the cultural, philosophical, spiritual, and historical significance of something as commonplace and plentiful as human hair.