The award-winning author of Middle Passage talks about the author he’d take to a desert island, the book everyone should read, and much more. 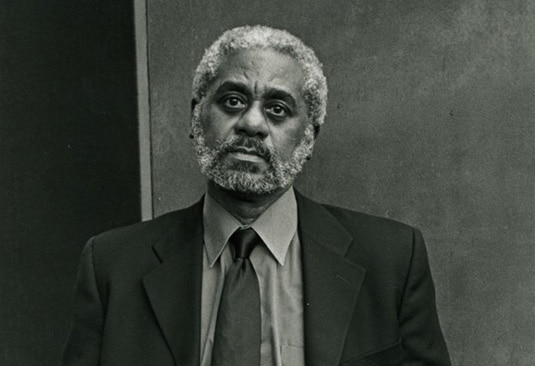 Reading Habits is a recurring series that asks authors, artists, community leaders, and others about their lives as readers. Charles Johnson is the author of numerous books including Middle Passage (winner of the National Book Award in 1990), and a professor at the University of Washington. He is the recipient of a MacArthur Genius grant, NEA and Guggenheim fellowships, two Washington State Governor’s Awards for literature, and numerous other accolades. He lives in Seattle.

Friends Disappear: The Battle for Racial Equality in Evanston, by Mary Barr. This recent work is a history of my hometown, Evanston, Illinois, and a critical examination of that township’s legendary progressive policies.

Your favorite place to read.

My office/study at home.

At Seattle City Hall last winter when I had to appear there for two days to see if I’d be selected for jury duty (I wasn’t).

Ralph Ellison’s Invisible Man—read it often, taught it often, and took it apart scene by scene, image by image, speech by speech for a play adaptation (a 20-page, single-spaced synopsis) that Intiman Theater asked me to do in 2010. That was just before Intiman’s financial meltdown.

A pencil when I read a paper book in order to make underlining and comments in the margins; with an e-reader I sometimes hold a stylus with a rubber tip.

Average length of each reading session.

That depends on the book—four to six hours a day if I’m completely absorbed by it.

Just one? There are many, but I’ll say Marcus Aurelius’s Meditations, which got me through a rough year when I was working on my doctorate in philosophy at Stony Brook University.

You become the librarian for the entire world. As part of your newfound powers, you get to require everyone on earth to read one book. Which one?

A movie that was better than the book.

A book you found too disturbing to finish.

Too disturbing or disgusting? Stephen King’s The Shining.

Do you read with music on? If so, what kind?

Nope, I need complete silence to read with concentration.

A classic you think shouldn’t be considered a classic.

Harper Lee’s To Kill a Mockingbird.

Where you buy most of your books.

From Amazon these days.

Philosophical fiction, but we have so few American examples in that genre.

You can pick either Heidegger’s Being and Time or Sartre’s Being and Nothing, both of which I read for eight hours a day over three or four weeks during the summer of 1975 when I was a graduate student. I also logged 8-hour reading days for William Gaddis’s massive and rich novel The Recognitions.