Children’s Author Yuyi Morales, a Think & Drink on Race in Film, and More

What’s coming up in Washington state? Caldecott-honoree Yuyi Morales, a Think & Drink on race in film, and edible insects. It’s going to be a great couple weeks. 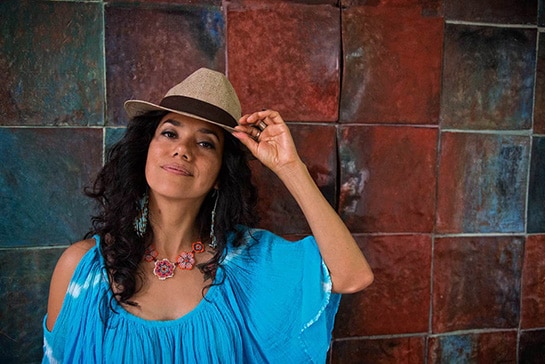 Just weeks after being awarded a Caldecott honor for her children’s book Viva Frida about the life of Frida Kahlo, author Yuyi Morales will read and perform in Walla Walla, the Tri-Cities, Yakima and Sunnyside on February 24-26.

Born in Xalapa, Mexico, Morales is the author of the highly acclaimed children’s books Niño Wrestles the World (2014), Los Gatos Black on Halloween (2008), Little Night (2008) and Just a Minute: A Trickster Tale and Counting Book (2004), and she is the illustrator of Harvesting Hope about the life of Cesar Chavez. She is the winner of four Pura Belpré awards for illustration (the most of any author), which are presented to a Latino/Latina writer and illustrator whose work best portrays the Latino cultural experience in a work of children’s literature.

Using still photographs of stop-motion dolls, Viva Frida explores Kahlo’s dream of becoming an artist. In February 2015, the book was awarded a Caldecott honor for the way it “celebrates the artistic process” through an “intoxicating use of color and unfailing sense of composition.”

Presented by Humanities Washington, all Morales’s events are free and open to the public.

Morales will also be participating in a Think & Drink event March 1 in Bellingham. “You Think You Know Me: Cultural Identity in Children’s Literature” will feature Morales alongside educator Josephine Estrada and moderated by Sylvia Tag, Librarian and Associate Professor, Western Washington University. This Think & Drink event is hosted and organized by Western Washington University in partnership with Humanities Washington. 4 p.m. at Brandywine Kitchen. More details.

A SELECTION OF UPCOMING EVENTS:

SPOKANE: February 17, 7:30 p.m., Lindaman’s Gourmet Bistro: Join film experts Lance Rhoades and Zaki Abdelhamid for a Think & Drink: “From Smoke Signals to Aladdin: Race in Film.” Discuss the myths and stereotypes often perpetuated by Hollywood about cultural groups, and how different communities have responded to cinematic representations of their cultures. Read more.

CENTRALIA: February 18, 1:00 p.m., Centralia College: Eva Abram presents “Defeating Racism Today: What Does it Take?” in which she discusses the history of racism and its continuing impact on society. Read more.

DUPONT: February 21, 9:30 a.m., DuPont Library: Join Washington State Poet Laureate Elizabeth Austen for a Poetry Workshop. Participants will do a close reading of a several poems, then use one or two as models for writing a first draft. No poetry writing experience necessary. Share your draft and receive feedback if you wish. Registration is required. Sponsored by both Humanities Washington and ArtsWA. Read more.

YAKIMA: February 25, 12:00 p.m., Yakima Valley Museum: Combining music, anthropology and history, Scott Woodward presents “Theodore Roosevelt: Wilderness Warrior in Washington State,” an exploration of how the formation of all of our refuges, parks and monuments resulted from his leadership methods and his personal mission to preserve natural resources. Read more.

1 thought on “Children’s Author Yuyi Morales, a Think & Drink on Race in Film, and More”