Photo: Jenni Kotting, via Flickr/Creative Commons Back To All Blog Posts

A cultural tradition from Veracruz can break down divides and bring people together, says Speakers Bureau presenter Yesenia Hunter.

Yesenia Hunter first fell in love with the fandango while living in Seattle and exploring her heritage alongside other Mexican-American performers.

“It’s not just very old music. It’s actually what we would consider a living music, in that it belongs to a group of people and to that moment in which it’s being played.”

Created in Veracruz, and enlivened and informed by the son jarocho music of that region, the fandango is a dance and music tradition. But it’s not just entertainment— Hunter came to know the fandango as a cultural celebration. As Hunter says, the fandango is a meeting point for communities, where issues of social justice come to the fore.

In her traveling presentation for Humanities Washington’s Speakers Bureau, she doesn’t just discuss the fandango, she performs it, often alongside her husband or daughters.

Humanities Washington: Did you have experience with this music and dance growing up?

Yesenia Hunter: Not so much. I was in the church choir, that kind of thing, but it wasn’t really an integral part of how I was raised. It was more something that I found as an adult. There was a community of musicians in the Seattle area, called the Seattle Fandango Project, and that’s who I started playing music with. I didn’t really start playing an instrument or learning how to dance until about 2009. I am from Mexico — I’m from Guadalajara — but this community of people I was joining was playing this style of music from Veracruz. It was more about being involved with a type of community.

The fandango celebration from Veracruz shares a name with the old fandango dance from Spanish flamenco. What are the similarities and what’s different?

I’m not sure I’m the best person to explain, but I can tell you there are probably similar roots, because they’re influenced by Spanish music. However, they are two completely different legs of this style of music. The fandango tradition of Veracruz really evolved in the last 300 to 400 years, among a group of people that were influenced by not only Spain, but also indigenous populations and African cultures in Veracruz. So it was really a different formation that brought together this style of music. When we talk about son jarocho, the word jarocho was really a term that was used in the caste system to identify an individual who was of African or indigenous descent, and they were considered a lower class of people who were involved in farm work. They developed this music not only through decades of identifying with the land and nature, but also as a form of protest during different times of revolution and protest in Mexico.

What’s unique about Veracruz that led to this fusion of music and dance?

The fact that it’s a port city brought in what one historian, Antonio Garcia de Leon, calls “brokers of culture.” They were not only bringing pieces of culture from other parts of Africa and Spain, but also other port cities around the United States and the Americas. It is a really interesting confluence of people and culture and music. Also, politics played a big role in how they developed and displayed the music as well. 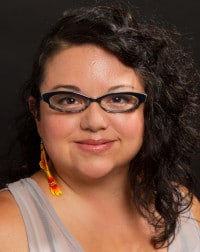 One of the ways that I can speak to is the use of lyrics — playful lyrics, lyrics that have double meaning, lyrics that were designed to explicitly call out the Catholic Church. One example is the song “El Chuchembe,” which is a folk word for penis. So they use this very lively song, dancing to “El Chuchembe,” and in the midst of the verso, the lyrics are calling out priests who are perhaps leading double lives — outlawing premarital sex, but engaging in risky activity themselves. The verses are playful, they’re meant to be a fun way to express oneself where everybody is not keeping things in secret. The song “La Bamba” was another way of protesting, saying “I’m not your captain.” What I’ve heard about that particular song is it’s a way to protest going to war: “I’m not part of your army, I’m not going to join your forces.”

How did the fandango make it to this country?

It has recently migrated to Washington State, and the reason I say that is because it’s traditionally just been kept as the music of Veracruz. But in the last 30 years or so there’s been a resurgence, a new movement of jaraneros. The music had started to die down in the early 1900s, because there was new technology and there was new government investment in other types of arts in Mexico. That kind of stuff came about as a way for the government to paint a cultural picture of Mexico. In about the ’60s and ’70s, there were young people in Veracruz who started asking the elders to teach them again, and it was at that time that it started being used again as a political form of activism. From there, it started to come into the United States.

Yesenia Hunter is currently appearing at venues across Washington State as part of Humanities Washington’s Speakers Bureau program. See our events calendar to find an event near you.