Photo: Clem Onojeghuo. Back To All Blog Posts

Looking for solace, context, strength, or hope in the face of a global pandemic? These authors can help.

The impact of the coronavirus is not limited to its death toll: the disease has afflicted over a hundred thousand, has closed universities and workplaces, and cancelled events (including those of Humanities Washington). But more far-reaching, it has made us all worry for our health, the health of our loved ones, and our collective future. “We’re fighting fear more than the virus,” Governor Andrew Cuomo said in his assessment of the pandemic. Governor Cuomo’s point seems to be borne out in the repeated dives of the stock market, a result of the sense nationally that our present and future are even more precarious than usual.

It is difficult to live in uncertain times, but we are not the first to do so. In fact living in uncertain times puts us in good company with writers and thinkers who, because of their unsettling circumstances, learned profoundly meaningful lessons. The philosopher Boethius wrote “The Consolation of Philosophy” while he was imprisoned in Italy in the 6th century. In his misery, Boethius imagined himself conversing with philosophy in human form, who advised him:

Nothing is miserable unless you think it so; and on the other hand, nothing brings happiness unless you are content with it.

It was during a time of great personal uncertainty—imprisonment—that Martin Luther King Jr. created a masterpiece of moral and political philosophy, “Letter from Birmingham Jail.” He wrote:

Never before have I written a letter this long—or should I say a book? I’m afraid that it is much too long to take your precious time. I can assure you that it would have been much shorter if I had been writing from a comfortable desk, but what else is there to do when you are alone for days in the dull monotony of a narrow jail cell other than write long letters, think strange thoughts, and pray long prayers?

More recently, Xiaomi, the Chinese tech company, quoted the Roman philosopher Seneca when the corporation donated tens of thousands of masks to Italy:

We are waves of the same sea,

leaves of the same tree,

flowers of the same garden.

The humanities can provide wisdom, practical guidance, comfort, and even catharsis. Here are fifteen readings from the humanities that speak to our uncertain times (none of which are The Plague by Albert Camus…).

If you’re searching for hope: 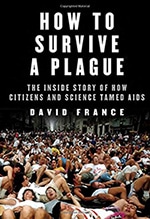 How to Survive a Plague: The Story of How Activists and Scientists Tamed AIDS by David France

The success story of activists (who go on to become scientists, journalists, and community leaders) combating the AIDS epidemic is inspiring, heart-wrenching, and deeply personal. You can also watch the documentary of the same name. 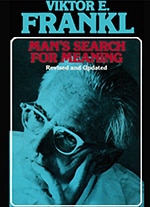 The ur-text of getting through hard times. Frankl describes his experience of surviving the holocaust. His ultimate message has resonated ever since: “Those who have a ‘why’ to live, can bear with almost any ‘how’.” 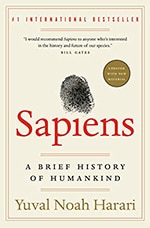 Sapiens: A Brief History of Humankind by Yuval Noah Harari

Harari provides an illuminating glimpse into the deep history of humankind. It’s lovely to see how far we’ve come and the means by which we’ve done it. If the future seems murky to you, you are not alone. Yahari writes, “For the average Roman in Constantine’s time, the future was a fog. It is an iron rule of history that what looks inevitable in hindsight was far from obvious at the time. Today is no different.” 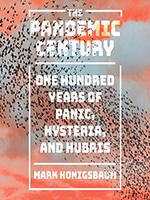 The Pandemic Century: One Hundred Years of Panic, Hysteria, and Hubris by Mark Honigsbaum

A history of pathogens in the 20th century, this book covers everything from the Spanish Flu to SARS. Honigsbaum is an excellent guide to pandemics in the modern age. 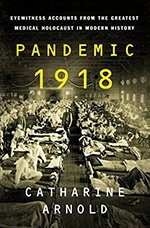 For a more personal route through medical history, Arnold’s Pandemic 1918 gives voice to the people who experienced the 1918 Spanish flu. Harrowing, fascinating, and global in perspective. 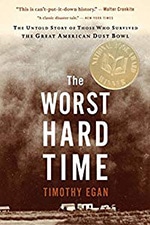 The Worst Hard Time: The Untold Story of Those Who Survived the Great American Dust Bowl by Timothy Egan

Egan’s account is unbelievably vivid in its portrayal of a time usually depicted in black and white. A perfect fit if you’re looking to see how humans dealt with a widespread natural and economic disaster.

If you’re looking for solidarity: 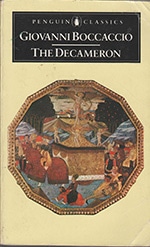 The Decameron by Giovanni Boccaccio

The Decameron is about a group of Florentines living through the plague of 1348 and their self-quarantine for ten days and ten nights, telling each other stories to keep their spirits up. The stories range from the funny, to the romantic, to the dramatic, but always beautiful and full of wit. Reach across time and toward the people nearby, as we are all together in this, even if we find ourselves distanced socially. Check out this excellent overview of the parallels between our pandemic and Boccaccio’s. 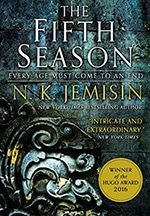 Set in another world, The Broken Earth Trilogy is a resolute but hopeful post-apocalyptic story about people surviving disaster together. They share resources, overcome hardships, and discover hidden talents. It’s a story about finding solidarity among your tribe, even if you didn’t know you had one. 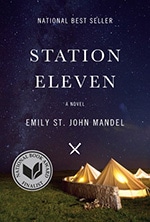 The New York Times review of this book is appropriately titled, “Shakespeare for Survivors.” Centering on a member of a Shakespearean troupe traveling and performing in a post-plague world with flashbacks to the present day, this book is a lyrical and engrossing look at the humanities after the world goes to hell.

If you wish to look into the void: 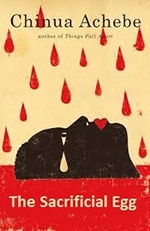 “The Sacrificial Egg” by Chinua Achebe

Achebe’s short story about the impact of smallpox, in the contexts of colonialism and the protagonist’s relationships, provides a glimpse into the gap between what one imagines one’s life to be and the external forces that conspire to make it what it is. The best version of this story can be found in Achebe’s Girls at War and Other Stories, but an earlier, free version is available from the Atlantic. 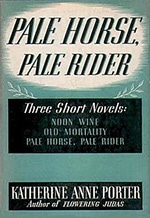 This novella looks at disease right in the eyes, unflinchingly. Set during the Spanish flu of 1918, Pale Horse, Pale Rider focuses on a journalist in Denver who suffers from the flu and her relationship to a soldier. Porter herself caught the Spanish flu, and the historian Alfred W. Crosby’s history of the Spanish flu is dedicated to her due to the story’s unparalleled depiction of the disease. 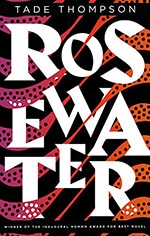 Adam Roberts aptly describes Rosewater as a “cyberpunk-biopunk-Afropunk thriller.” As you might guess, there is a lot going on in this book. Even stating the premise (an alien biodome in Nigeria which heals the afflictions of those nearby once per year) does not give you a glimpse at its breadth and depth. At the intersection of disease and health, community and solitude, fear and hope, Rosewater is a beautiful case study of uncertain times.

If you need to borrow strength: 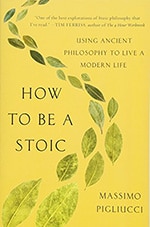 How to be a Stoic: Using Ancient Philosophy to Live the Good Life by Massimo Pigliucci

Pigliucci provides an accessible, modern guide to Stoic philosophy, which originated in Athens in the 3rd century BCE. Stoicism teaches that happiness depends on recognizing what is under our control and what is not. (And it turns out that not much is under our control.) Check out this “Short Pitch” for the book from the Institute of Arts and Ideas, which includes an interview with Pigliucci. 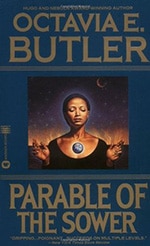 The Parable of the Sower by Octavia E. Butler

Butler’s world is a miserable one: fraught with physical danger, malevolent political systems, and personal tragedy. Her protagonist, Lauren, perseveres through it all, envisioning and leading in the pursuit of a better world. In comparing the book to 1984 and The Handmaid’s Tale, reviewer Abby Aguirre claims, argues, “for sheer peculiar prescience, Butler’s novel and its sequel may be unmatched.” 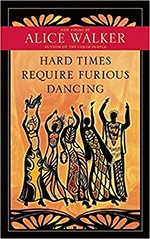 Walker’s poems confront the hard stuff directly: grief, climate change, poverty. But Walker rises above those challenges and brings the reader along with her. Walker writes in the preface, “Sometimes it all feels a bit too much to bear. Once a person of periodic deep depressions, a sign of mental suffering in my family that affected each sibling differently, I have matured into someone I never dreamed I would become: an unbridled optimist who sees the glass as always full of something. It may be half full of water, precious in itself, but in the other half there’s a rainbow that could exist only in the vacant space. I have learned to dance.”

The author wishes to thank Lane Eagles, Sam Sumpter, and Elizabeth Scarbrough for their excellent suggestions for this list.

Dustyn Stone Addington is the director of programs with Humanities Washington.