Deeply Funny: Humor and Movies as Gateways to Philosophy

“I see philosophy as a public good, and I’m eager to reach as many people as possible.” An interview with Speakers Bureau presenter Mike VanQuickenborne. 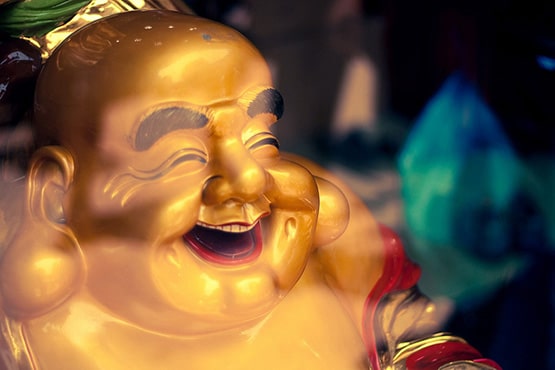 For Mike VanQuickenborne, philosophy can be a laughing matter. “I think philosophers should take themselves less seriously in general,” he says. VanQuickenborne has been melding humor, philosophy and film in his tenure as an instructor at Everett Community College for almost two decades. In 2008 he went even further and organized the world’s first philosophical film festival, “Philosophy in the Dark.”

VanQuickenborne joined the 2015-16 Speakers Bureau with a talk titled “Seriously Funny: Humor, Film and Philosophy,” where he uses clips from films like Being John Malkovich and I Heart Huckabees to spark discussions about philosophy and comedy.

What catalyzed the development of this talk? Why include the humor element when your background is in philosophy?

Humor appeals to so many people, where philosophy often comes across as somewhat threatening. Pairing philosophy with humor gets more people interested, and people are more willing to hear what I have to say when humor is involved. Especially in the first and second year college population that I teach, students sometimes hear about a philosophical theory or system, and they immediately latch onto it. It becomes all-encompassing for them. Humor helps counteract that tendency.

You’ve been teaching a course called Philosophy in Cinema at Everett Community College for 15 years. How has your approach to the class changed over that time?

I’ve significantly boosted the philosophical content. I have my students read at least a couple of philosophical essays before we watch the films together, and I’ve started using podcast lectures – students can stream a lecture I’ve recorded about what they’ve read, which helps get everyone on the same page before we sit down and watch the film together. I’ve built out my website and created a filmography that people can explore after we watch films together. I’m trying to give people the resources to keep finding new films after the class or the lecture is over. I also make a habit of visiting the Vancouver International Film Festival, which always exposes me to films that I might not otherwise see.

What drew you to get involved with the Speakers Bureau?

I have a desire to reach out to people who might not be familiar with philosophy. One of my primary motivations for using film is that it’s so accessible to people, whether they’ve studied philosophy or not. The Speakers Bureau program allows me to reach people who don’t have time for college classes. One of my goals with this talk is to give people tools that they can use to continue studying philosophy and find interesting films well after the talk is over. I see philosophy as a public good, and I’m eager to reach as many people as possible. 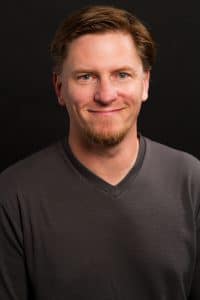 What are you excited or apprehensive about regarding cinema’s future in the Pacific Northwest?

The transition to digital projection has been very difficult for theaters in the region, but I’m certainly excited about what’s still around. The fact that so many films are available online is going to pose a challenge for theater owners, but I think local support is going to be a key element for theaters in the region. For example, my in-laws own the Concrete Theater in Concrete, Washington, and they raised funds from that community in order to make the transition to digital projection. That community now owns their theater much more directly than in the past, which I think is an exciting model.

Both at your film festivals and in your classes and lectures, you emphasize watching films together. Why is this important to you? Why not just stream the films on my laptop?

Today, if you’re streaming something, or watching at home, there are myriad distractions that draw your attention away from the film. I also like to watch it together so it’s fresh in our minds – the most fruitful discussions occur after watching a film together. In my class, it’s also helpful when we’re watching a more challenging film. We’re going to watch Luis Bunuel’s ‘Exterminating Angel’ soon – it’s sort of a surreal film and if someone’s trying to watch in on their own, without being able to ask questions, that’s going to be very frustrating. To be able to ask questions and get as much out of the film as we can – that’s what you get when you watch film with other people, and that’s a very worthwhile thing.

Editor’s Note:  Mike VanQuickenborne is presenting talks around the state as a member of Humanities Washington’s 2015-2016 Speakers Bureau. For more information, contact zaki@humanities.org.