Exploring Feminism Through the Lens of Super Heroines

Spark recently spoke with Jennifer K. Stuller, a writer, pop-culture historian and critic about the evolution of female action and super heroines in the 20th century, and the roles of women in popular culture. Stuller  is a founder and the programming director for Seattle’s GeekGirlCon, an organization that dedicates itself to representing female geeks of all kinds and advocates for women in geek culture.  She will present Using Their Powers for Good:  How Geektivists, Geek Grrls, and Gaymers are Creating More Inclusive Communities, as  part of Humanities Washington’s 2015-2016 Speakers Bureau series.

Humanities Washington: Who was the first female superhero, and how did she influence future super heroines?

Jennifer K. Stuller: There is some debate as to who (was) the first female superhero – and it depends on your definition of “superhero.” There’s the Woman in Red, secret identity of policewoman Peggy Allen, and arguably the first masked female crime-fighter. Tarpé Mills’s Miss Fury, a wealthy socialite by day and costumed crime-fighter by night, is of the same era. The Red Tornado is occasionally mentioned, as is Fantomah. But of course, Wonder Woman, beautiful as Aphrodite, wise as Athena, strong as Hercules, and swift as Mercury, remains the most recognizable, lasting and influential.

HW: What characters do you find particularly interesting or complex?

Stuller: The characters I find most interesting or complex are generally interesting or complex because of a number of factors: The heroine has her own story and journey; the narrative is compelling, resonant, or subversive; the supporting cast is equally engaging; and the creators/makers (actor, director, writer, illustrator, and so on) are dedicated to creating a well-rounded representation of female heroism. Characters and stories I believe have succeeded in this include: 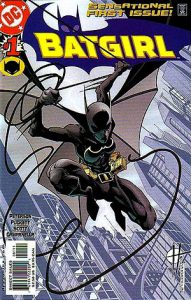 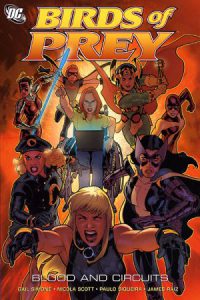 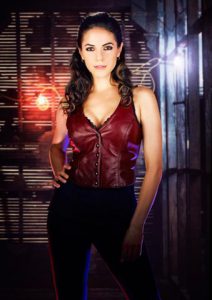 HW: Why do female action and superheroines specifically stand out to you, as opposed to other female-oriented roles in the media?

Stuller: I’ve been interested in mythology since I was a child, and I also grew up on superhero media of the late 1970s and early ‘80s. Shows such as Wonder Woman, The Incredible Hulk and even Super Friends were formative. When the superhero film revival started a few years ago, I realized that superhero narratives are modern mythology (something I quickly discovered others were writing about and studying). But I wondered, “Where were the women?”

At the time, I was also falling in love with the Buffy the Vampire Slayer series, and Buffy Summers was created to be a game-changing, inspirational and iconic female superhero. Additionally, I was a returning adult student to the University of Washington and had the opportunity to craft my studies around my interests. I decided to explore the history of female superheroes in the media of comics, film and television because I felt that, as opposed to (conversations about) women in comedy, women in spy-fi (spy fiction with elements of sci-fi, like James Bond or Get Smart), and women in police or detective procedurals, conversations about the representation and power of women in superhero media were relatively lacking.

HW: Did you have any “aha moments” throughout your exploration of female heroes in modern mythology?

Stuller: Certainly! They (female heroes) are almost all raised by dads and they don’t have mothers. I found that really interesting. They are raised by or trained by men. That was kind of a shocking “aha moment” (for me).

Something else that has been interesting is that, when I talked to other women about female super- and action-heroines, … there’s a lot of guilt (about liking a character) if the character happens to be hyper-sexualized, or there’s a lot of “either-or,” “good-or-bad” ideas floating around. I always advocate (that) popular culture is awesome, and we love storytelling, and the point isn’t necessarily to judge “good” or “bad,” or “this is okay” or “this is not okay,” or “this is feminist” or “this is not feminist,” but to be able to enjoy and celebrate popular culture, but also (to be) able to critically read it and know what isn’t progressive or feminist about it. Some people that I talk to will sort of have their own “aha moments,” where they will realize that it’s okay to like (characters with representation that are not the most feminist), that they don’t have to hate it because it’s not the best representation of something, that they can have a more nuanced relationship to the stories that they are consuming.