In this look back at Humanities Washington’s past, we look at the Northwest Folklife Document Film Festival of 2007-08, a mix of film, essay and discussion around the theme City Folk. 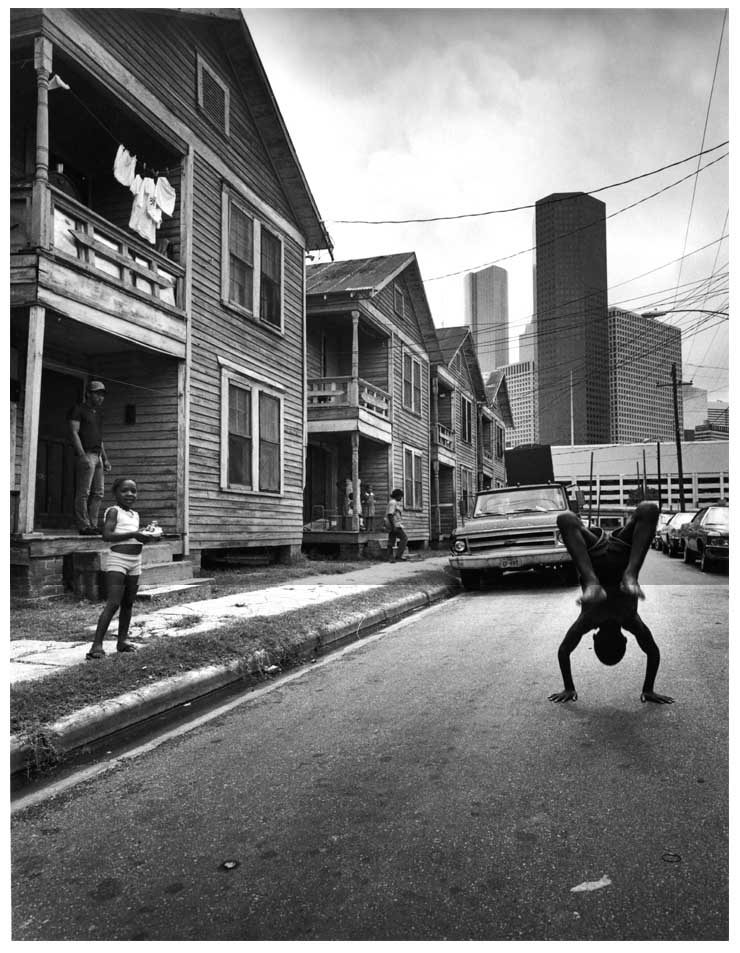 The 2007 film Third Ward TX, which explored the issue of gentrification in Houston, Texas, was shown as part of the Northwest Folklife Documentary Film Festival.

Audiences had to do a little homework in order to get the most out of the Northwest Folklife Documentary Film Festival, which ran from 2007 until 2008. At each film screening, a scholarly essay would be distributed to the crowd, the topic of which corresponded to the subject matter of the film. After the showing, audience members were invited to discuss what they had seen, using the essay as a point of reference.

In 2008, the theme of the festival was City Folk, and each of the films explored different facets of urban life. One of the featured films that year was Third Ward TX, which documented the creative responses to gentrification among Houston, Texas’s Black community. Daniel Atkinson, a doctoral student at the University of Washington, provided an essay that discussed the challenges that gentrification posed to Black communities and the tradition of community-based solutions in Black history.

Atkinson’s essay also drew parallels between the process of gentrification in Houston and dynamics affecting Seattle’s Central District. Rick Lowe, a Houston-based artist who had also worked as an arts planner for Seattle’s Central Library, led the post-screening discussion.

Funding from Humanities Washington supported the mix of film, essay and discussion used by the festival. This combination gave audiences the opportunity for informed debate on issues that affect communities in Seattle and beyond. Northwest Folklife continues to use film as a medium to engage the public, and information about its most recent activities can be found on its website.