One of Humanities Washington’s 1980 grants helped restore an exhibit on Pacific Northwest Native American culture. We look back at it as part of our 40 Years of Washington Stories series. 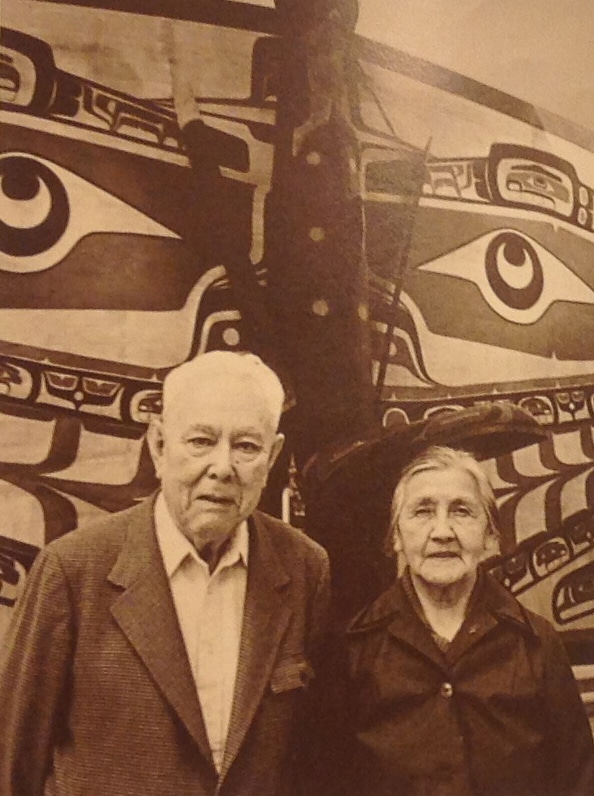 The longhouse that stood in the Pacific Science Center for almost two decades wasn’t a typical replica. The beams for the structure came from Gilford Island, where they had supported a Kwicksutaineuk longhouse known as Sea Monster House since the turn of the century.

Chief Bill Scow, a hereditary chief of the First Nations Kwicksutaineuk government, inherited Sea Monster House from his father. He decided to sell the structure of the house to a collector named John Hauberg, in hopes that the house could be better preserved against the elements. Hauberg donated the structure to the Pacific Science Center, and Sea Monster House was opened as an exhibit in 1967.

After the exhibit opened, something didn’t feel right to Scow. “I only sold the skeleton of the house to John Hauberg. The meaning of the house stayed with my family,” said Scow in an interview with the Seattle Times. In 1980, a grant from Humanities Washington allowed Scow and some of his family to travel to Seattle. Over the course of several weeks, the visitors provided interviews and advice that the center used to develop slide shows, lifestyle demonstrations, brochures and material for school groups, all to be incorporated into the longhouse exhibit.

Collectively known as Heritage of a Longhouse, the material generated by Scow increased the accuracy and accessibility of the Pacific Science Center’s exhibit, providing an invaluable resource to visitors seeking to understand the lifestyle of American Indians on the Northern Pacific Coast. Most of that material has since migrated to the University of Washington’s Burke Museum, which continues to make use of it in exhibits and educational demonstrations.