How Did the U.S. Become #1 in Prisoners?

Excerpts from our Think & Drink, “America Behind Bars: Mass Incarceration and Civil Rights.” 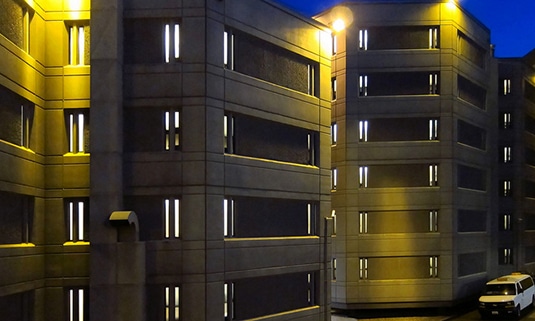 The United States has the highest rate of incarceration and largest prison population in the world. And prison populations are ethnically disproportionate, with minorities comprising the majority of inmates. How did we get here? Do existing laws target certain demographics? How does the US criminal justice system compare internationally?

“[In the 1960s] white Southern Democrats hated the civil rights movement, and Republicans thought this was the opportunity of a century: to capture the South. So what they started to do was be tough on crime […] This was, as Michelle Alexander calls it, the ‘new Jim Crow.’ It was thought about, it was deliberate. This was the system of what was going to happen: to maintain social control. It’s not new. We abolished slavery under the Thirteenth Amendment, but we never said you couldn’t have a system that differentiated between people who were white and people who were black. So we have a whole body of laws that has preference for whites that we don’t know we get.”

“What no one wants to talk about are the people who are getting long sentences. If you do the math, you figure out pretty quickly you’re not going to really impact mass incarceration unless you talk about [in addition to drug laws] the very long sentences too. For me, it feels not only mathematically important, but politically important to have that conversation. What are we doing when we [convict] people who, in many cases, are themselves victims of physical and sexual violence? We send them to prison for engaging in the same behaviors. What is our theory about how that’s going to work and how that’s going to reduce violence? Is that really the best way to do that?”

Katherine Beckett on the contrast between American and European prisons:

“If you go to prisons in the United States, there are these periods of time called ‘movements’ where the inmates can only move during these approved movement times. It’s just extraordinarily regulated: Everybody has a number on their back, they can’t wear their own clothes, they don’t have an identity—they’re a number. In these prisons we went to in Europe, they’re still not normal environments, but they almost looked like high school gymnasiums. There were different recreational facilities, they could choose whether they wanted to have cellmate or not, and there were rooms with computers where they actually could do research, real research. There were programs they could attend. Of course it was controlled and restricted, but they weren’t dehumanized to the same extent and there were resources they could use to better their situation.”

Merf Ehman on decriminalization and alternatives to arrest:

“What they did in California is they couldn’t [decriminalize] legislatively, so they had an initiative and part of that initiative was taking lower level felonies and converting them to gross misdemeanors. I think that’s a good idea. There are some class B and class C felonies that should be misdemeanors, and there are some misdemeanors that should infractions and not be crimes, and there are some crimes that we don’t need to arrest people for. Are people familiar with the LEAD program in Seattle? Its called ‘Law Enforcement Assisted Diversion.’ What happens is rather than arresting the [offender], when [police] find someone engaged in drugs or prostitution or some very low level survival offense, they take that person to this program and they get into treatment, or they get housing, or they get the services they need, and they don’t get into the criminal justice system in the first place.”

The full audio of this Think & Drink is available on KUOW here.