Marian Anderson sings a spiritual at the U.S. Department of the Interior, Washington D.C., in 1943. Photo courtesy Library of Congress. Back To All Blog Posts

I’ll Fly Away: A Sojourn through Spirituals

A spiritual was more than a song, says Speakers Bureau presenter Gloria Burgess. It was a vital part of a slave’s daily life, a link to an African past, a spark for modern American music, and a coded message.

The American spiritual, as Gloria Burgess sees it, is a song that requires only one instrument.

Among the enslaved populations in the U.S. where the spiritual emerged as a musical form, sometimes the body and the voice were all they had. And their use of both was limited: Slaves in the antebellum South had no freedom to move, and the wrong words could lead to harsh punishments.

But Christian worship was encouraged by the slavemasters, so from the earliest days of white colonization to the decades before the Civil War, songs that glorified God spread among enslaved field hands and domestic workers. Sometimes a song’s lyrics, or the singing of a particular song at a particular time, held hidden messages for those who could hear.

Burgess, a singer, consultant, and motivational speaker, takes audiences deep into this music in her Speakers Bureau presentation, “I’ll Fly Away: A Sojourn through Poetry and Spirituals” — inviting them to sing along with a music that is uniquely and potently American. Her “flash-mob kind of choir” sings and then dissects standards like “Wade in the Water” and “Motherless Child,” looking for the deeper meaning and context.

Humanities Washington: The African diaspora was huge, so how did these spirituals evolve from the music that was imported to the Americas?

Gloria Burgess: There’s so many features of what I call the musics—plural—of Africa that are similar, very similar in rhythm, similar in musical structure. So even though the slaves came from different African tribes, the fundamental elements of the music are very similar. We see those preserved in the spirituals.

Oppressed peoples often use music as a kind of coded communication. In your research, did you learn of spirituals that were used in that way?

That’s actually a part of the program. I talk about the different layers of meaning in the words. You can read one song, and it means literally what the words say — but on another level, some of the songs meant something to the insiders, the slaves, so the masters and plantation owners didn’t have a clue about what’s really being communicated. “Wade in the Water,” for example, was used not only as an uplifting song, but also to call people to escape. The code in the song is the line, “There’s gonna be a storm tonight” — so it’s a good time to escape, you see? The hounds won’t be able to follow our scent.

In this research, do you encounter some new songs you weren’t familiar with?

I did. I’ve done tons of research on this area for years, but when I was doing research for this presentation, I found this poem book from 1867 that we think is the first collection of spirituals that were actually written down. I discovered hundreds of spirituals I never knew existed. 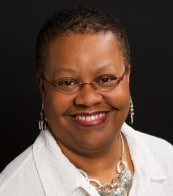 What aspect of spirituals might surprise a contemporary listener?

Part of what I address is what we believe are the origins of the spirituals, and why they have lasted so long. We don’t use the term “folk songs” when we talk about African music, but these are the equivalent of folk songs, because they came out of daily life. They were actually very, very strongly a part of everyday living. They’d have songs for the birth of a child, for a wedding, for naming a child, the harvest, the war — it’s just a natural way of being in the world, to sing about life, and that’s where the spirituals came from. So when they came over to the Americas, they were not only songs of worship. The slaves were not Christians when they came here — they had their own way of glorifying their many gods. It was a part of everyday life, it wasn’t separated as something that was just sung on Sunday. We call them America’s original music, because it gave birth to so many other forms of music — jazz, rock ‘n roll, hip-hop.

So the spiritual has persisted because it’s embedded in everything that came after.

Another reason for the persistence is that until the mid-1800s, these songs were transmitted orally, just like stories. And stories have way of living on. When they became codified, put in print, we actually saw some of them falling away. You’d think it would be the other way around, but as they were more and more given Western structures and harmonies, they actually became less and less popular over time. Most people think of “Michael, Row the Boat Ashore” and “Kumbaya” (aka “Come By Here”) as folk songs. They are, in fact, spirituals that have become popularized and that have morphed through the years … and are now “known” in the popular imagination as U.S. folk songs. You probably know that the word “Kumbaya” has devolved into an idiomatic expression that has become synonymous with being trite, ridiculous, and dismissive. Fascinating stuff. Oh, how malleable are words and meanings within cultural contexts.

See Burgess’s presentation “I’ll Fly Away: A Sojourn through Poetry and Spirituals” in communities throughout Washington State. Find an event near you.

2 thoughts on “I’ll Fly Away: A Sojourn through Spirituals”