In our look back at Humanities Washington’s past, we look at Intiman’s Living History program, which reached 20,000 people in schools and rural areas in Washington between 1986 and 1990. 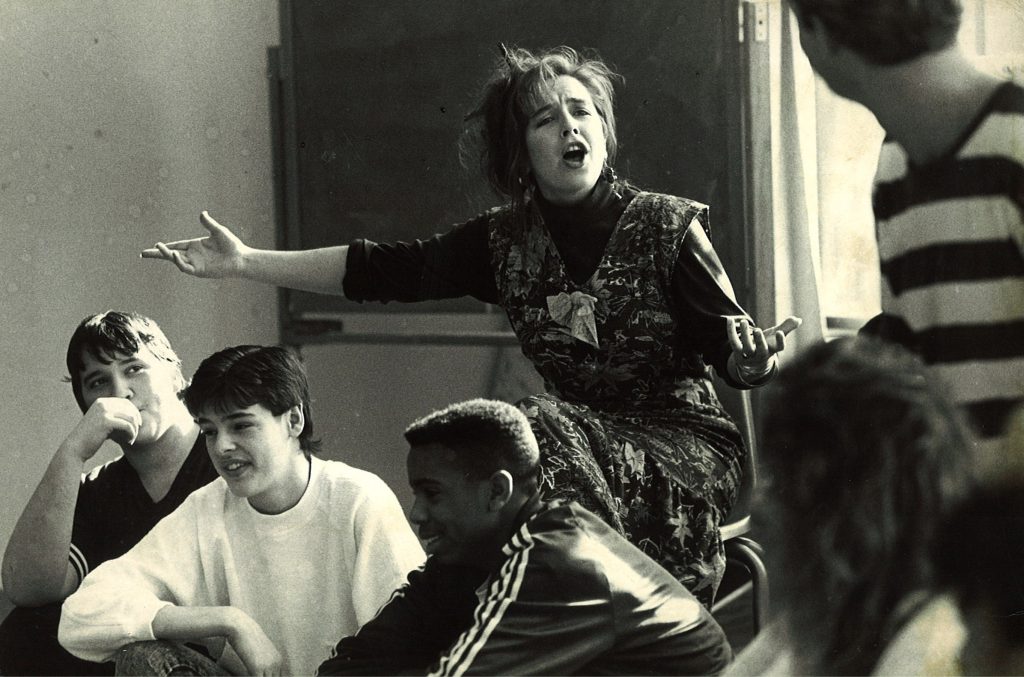 Roosevelt High School was the only high school to experience the first iteration of Intiman’s Living History program in 1986. Just four years later, the program had reached over 20,000 audience members in schools and rural communities across Washington state. During week-long residencies, Intiman actors staged scenes of a play for the class, which then served as a springboard for discussion and debate.

The 1992 season featured performances of Antigone, which brought up concerns surrounding community, democracy and personal choice, as well as scenes from a A Midsummer Night’s Dream, which highlighted issues of moral responsibility and sexual politics. Following the performance, actors facilitated dialogue among the students using a variety of tactics. The actors might remain in character and field questions from the audience, or they might split the audience into two for debate.

Living History made connections between cultures of the past and the lives of students today in order to encourage critical thinking about cultural norms and practices. Humanities Washington first collaborated with Intiman on the program in 1988, and it continued to receive rave reviews from educators and communities from all across Washington. In a 1992 letter to the Intiman Theatre, Decatur High School teacher Pat Smith wrote that “No permanent classroom program except summer vacation has been so popular among students and teachers at Decatur in the last three years.”