Every week, we’re taking a look back at 40 years of Humanities Washington. This week, we discuss the 1980 film Japanese Aesthetics in the Northwest. 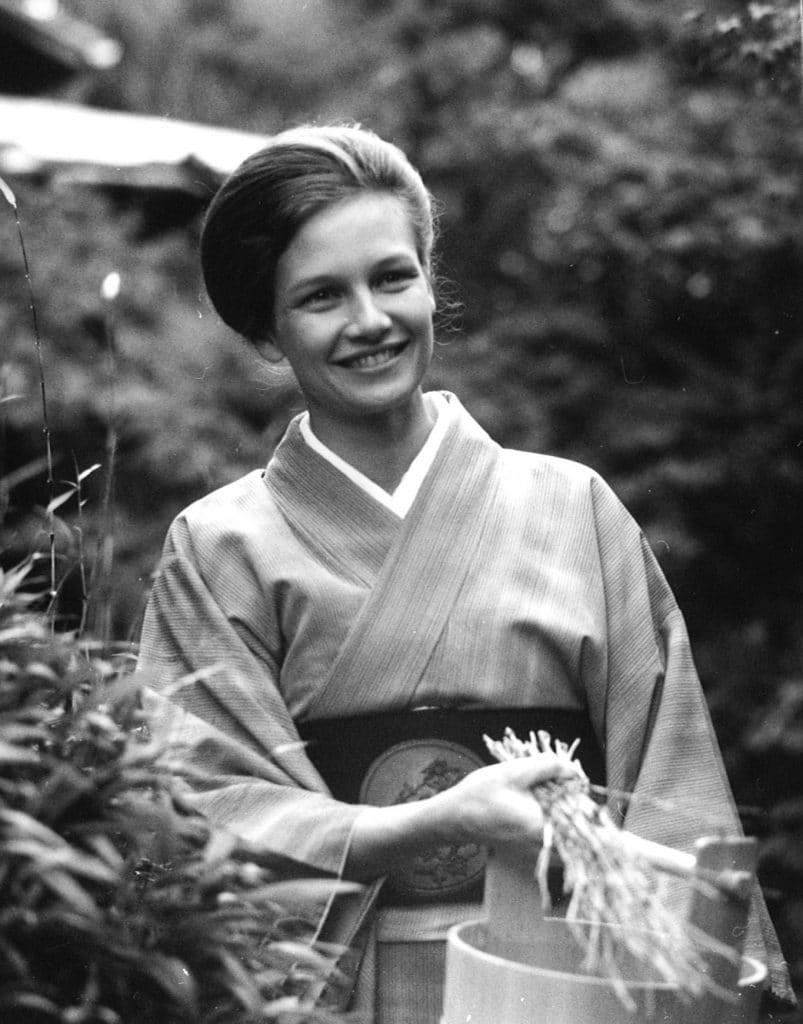 Bonnie Mitchell, a Seattle practitioner of the Japanese chanoyu tea ceremony, was featured in the KCTS documentary on the incorporation of the Japanese aesthetic into life in the Pacific Northwest.

Explaining the impact of cultural exchange can be a difficult process, but in the 1980 film Japanese Aesthetics in the Northwest, filmmakers Jean Walkinshaw and Wayne Sourbeer illustrated several of the ways that Japanese culture has altered life in the Pacific Northwest. The film featured local architects who were influenced by the Japanese aesthetic, discussion of the Japanese Tea Ceremony and Nisei University Professor Midori Theil, who discussed the challenges of explaining aesthetics to her university students.

In addition to KCTS and Humanities Washington, a number of Japanese cultural organizations provided support for the film. The Seattle Bon Odori festival, a traditional summer gathering that honors ancestors, promoted the film, and the Japanese-American League released its mailing list for the use of announcing the film. The Hoso Bunka foundation, which was established in Japan to aid in the cultural and technological development of broadcasting, provided funds for the filmmakers to visit Japan.

The program reached over 55,000 households in its first showing on KCTS. By working with a number of cultural groups, Japanese Aesthetics in the Northwest investigated the subtle and sometimes fraught process of cultural exchange in an illuminating and collaborative fashion.