In this installment of 40 Years of Washington Stories, we look at the Hugo House literary series, launched in 2007 to support Seattle’s literary scene. 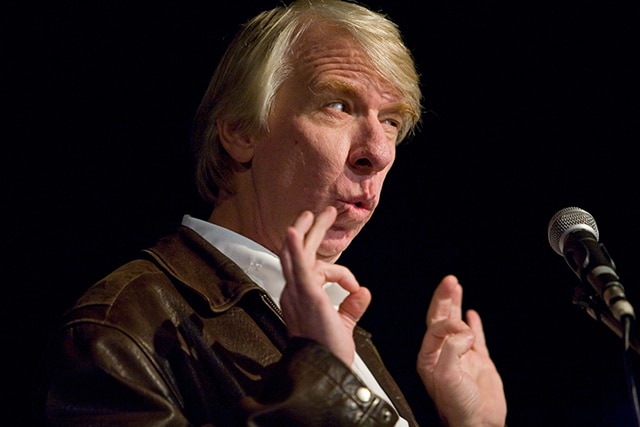 Humanities Washington is celebrating our 40th anniversary with Forty Years of Washington Stories. Each week on Spark, we are offering a snapshot from our past, through individual stories that have helped shape the humanities in Washington state.

Hugo House launched its literary series in 2007, with the goal of providing both fledgling and established writers with a public outlet for their work.  Since its inception, the series has featured authors that have included Sherman Alexie, Jack Hitt and Ellen Forney, thanks to funding provided by Humanities Washington.

Hugo House has prioritized giving lesser-known writers the opportunity to be heard. “I want it to be curated like a rock show with both established and new acts,” said Program Director Brian McGuigan.

Each year, the series features established authors, and introduces new authors, poets and songwriters to audiences.  The support that Hugo House offers to writers has been instrumental in keeping Seattle’s literary scene thriving, exemplifying dedication to authors at all levels of experience. The next series begins in October.