The traveling exhibit Political Pioneers: The Women Lawmakers celebrated 82 women elected to legislative positions between 1912 and 1982 and traveled to over 30 locations around our state. 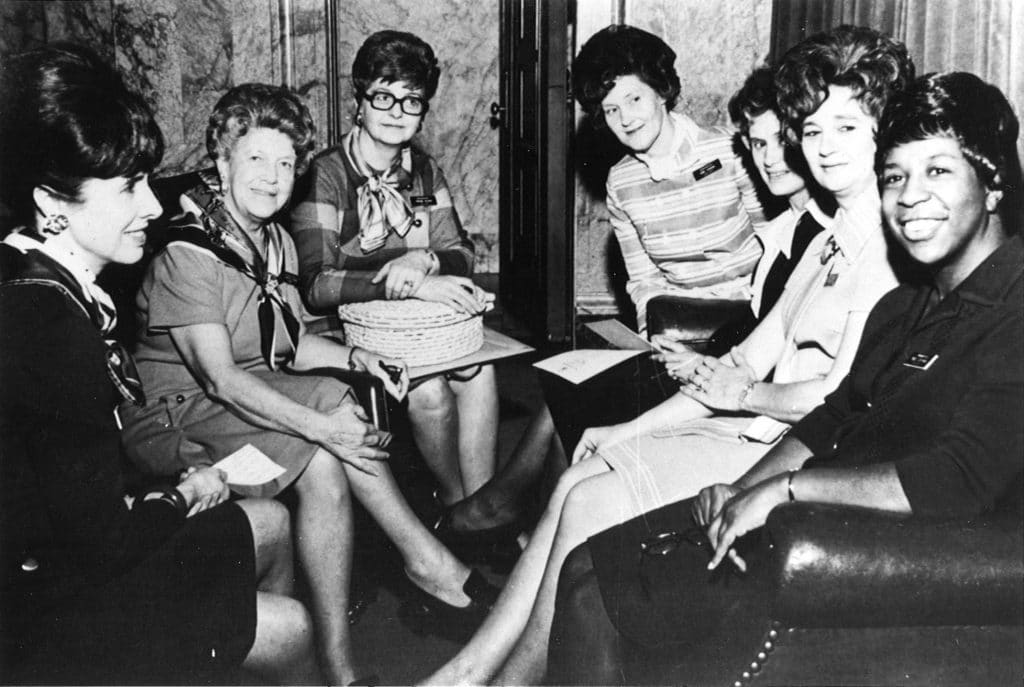 Washington’s percentage of women state legislators was the second highest in the country by 1982, but it still sat at just 24%. In order to celebrate the contribution that women lawmakers had made in the past, and to encourage support for even greater female political participation in the future, Elected Washington Women partnered with Humanities Washington to produce a project entitled Political Pioneers: The Women Lawmakers.

Project director Katherine Hinsch oversaw the collection of hundreds of hours worth or oral histories, preserving the stories of 82 of the 98 women elected to legislative positions between 1912 and 1982. In addition to producing a bound volume that profiled each of these women, a traveling exhibit visited over 30 locations around Washington state. Composed of photographs and interview excerpts from Washington’s women lawmakers, the exhibition drew over 50,000 visitors. The volume that was released alongside the exhibit has been digitized, and can be viewed here.

The project celebrated the struggles and achievements of the women lawmakers, and encouraged discussion of a group of women who were forced to deal with the myriad challenges of a male-dominated political environment. In his introduction to the project, Dr. Thomas B. Rainey of the Evergreen State College wrote the following:

“Elected Washington women today, indeed all citizens of our state, owe a debt of gratitude to the women whose political lives are chronicled in this collection…. Their political lives should be an inspiration to us all.”