"Del and Harriet." Photo: B. Proud. Back To All Blog Posts

A photography exhibit tries to move beyond politics to explore the human relationships behind the push for marriage equality.

Just as photographer Barbara Proud was celebrating her twentieth anniversary with her partner in November 2008, Proposition 8 was passed, making same-sex marriage illegal in the state of California.

“I was trying to decide what to do next, and it sort of hit me one day,” she said. “I tell my students that they should use their art as their voice. I needed a change from the kind of work that I was doing to start using my art as my voice.” So she decided to build a documentary project celebrating longevity in LGBTQ relationships.

First Comes Love is a book and exhibition of photographs, stories, and videos chronicling long-term LGBTQ relationships. During photoshoots and interviews with these couples, Proud, a commercial and fine art photographer and adjunct professor at the University of the Arts in Philadelphia, focused on the couple’s unique identities and how those play into their relationship, photographing them in poses and settings that give viewers a window into their lives.

On September 17, in a Humanities Washington grant-funded event, Proud, known professionally as B. Proud, will be showing First Comes Love at the Larson Gallery at Yakima Valley Community College and giving a talk on her work and the development of the project. The exhibit portion will be on display until October 22.

In the interviews Proud conducted, which took place between 2009-2014, couples recount how they met, the struggles and triumphs of their years together, and the inequality that they face as LGBTQ couples. In many cases they describe their frustration with the prospect of spending decades together but remaining unable to marry.

Though others discussed their qualms with the institution of marriage itself.

“Some of the couples I photographed were not that excited about the possibility of being married,” she said. “They were unimpressed by the precedent that heterosexual marriage gave us, and they thought that maybe we could come up with something better.”

However, over the course of the interview project, marriage equality became the law of the land through the Obergefell v. Hodges Supreme Court decision. Proud saw many of these couples decide to marry.

“When the laws changed, they changed their minds,” she said.

“They were unimpressed by the precedent that heterosexual marriage gave us, and they thought that maybe we could come up with something better.”

In trying to bring First Comes Love to the widest audience possible, Proud approached a multitude of mainstream publishers who said that they liked the project but would not support it, stating that there was no market for First Comes Love.

Undeterred, Proud decided to self-publish. “I paid for it myself. Everywhere I go, there’s no publisher behind me. It’s all me. It was that important to me that it be out there.”

For her, reactions to the project have made this sacrifice worthwhile. After one exhibition in a rural western New York town, a young woman approached, telling her that the exhibit “was my first time seeing love that could one day be in my life. Thank you so much for showing me that.”

“I still get chills thinking about it,” said Proud. “For me, getting that response made every moment and penny I had spent worth it.” 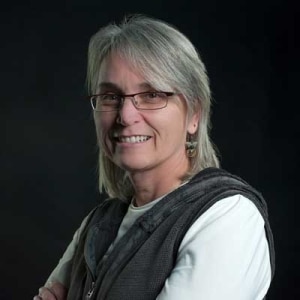 She also describes a straight couple who embraced her and told her about their gay daughter. “…they had no idea of the discrimination that she faced. They said we are going to go right now and call her.” One straight couple purchased a book for their four-year-old daughter. “They brought her up to the table and they said, ‘Look, this book is about love.’”

“I wanted to make this [First Comes Love] an educational documentary, but I didn’t know when I started just how historic it would be.”

Among those featured in First Comes Love are figures in the struggle for LGBTQ rights like Edie Windsor; Barbara Gittings, a prominent activist for LGBTQ equality; Kay Lahusen, the first openly gay female photojournalist; V. Gene Robinson, the first openly gay Episcopal bishop; and Annise Parker, one of the first openly gay mayors of a major U.S. city. Chronicling the lives of these famous advocates alongside “everyday” LGBTQ couples, Proud aligns the groundbreaking legislation and social movements of the last century with the couples whose lives were behind them.

“There are a lot of books out there right now about how we won marriage equality,” she said. “But this is the one that tells why we had to.”

See First Comes Love at the Larson Gallery at Yakima Valley Community College through October 22. An opening reception will be held on September 22.