Mad as Hell: Why America is Polarized 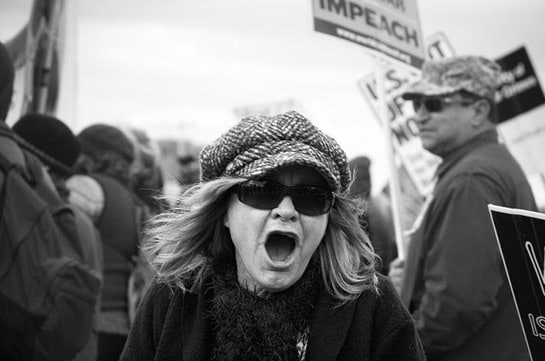 Cornell Clayton has made a study of American rudeness.

When political debate reaches a boiling point, often it’s because the nation is nearing a turning point when change has become necessary, but that change is being held back by entrenched forces. This is the perspective that Clayton offers in his Speakers Bureau presentation, “Political Incivility and Polarization in America.”

In his presentations, Clayton compares the current period of political incivility with other flashpoints in American history to prove how incivility has served as a catalyst to move the nation forward when other means have failed.

Clayton is director of the Thomas S. Foley Institute for Public Policy and Public Service at Washington State University. He holds a doctorate in philosophy from the University of Oxford and co-edited a book of collected essays, Civility and Democracy in America: A Reasonable Understanding.

Humanities Washington: When does incivility become a threat in the American political arena?

Cornell Clayton: Not all acts of political incivility are by nature undemocratic.

In the past, acts of incivility have often served to advance democratic causes. Think of the original Tea Party in Boston, or the perceived behavior of women suffragists during the latter nineteenth century, or even the perceived behavior of civil rights activists during the 1950s and 1960s. All of these groups engaged in “uncivil” behavior that violated social norms, customs, and even the laws of their day.

It is also true that certain forms of civil discourse are essential in order for democracy to function properly. There are acts of incivility that clearly threaten democracy and make democratic discourse impossible—for example, intimidation and acts of physical violence.

HW: What are examples of uncivil or undemocratic behavior?

Clayton: The presidential campaign in 1800 between Thomas Jefferson and John Adams was one of the most vicious and vile on record. Partisan politics became so bitter during that period that it led to a duel between two of the foremost political leaders—Alexander Hamilton and Aaron Burr—in which Hamilton was killed.

During the 1930s, political opponents called Franklin Roosevelt a Communist, a Fascist, and a dictator. Father Charles Coughlin pioneered the use of talk radio as a platform to launch bombastic, personal assaults against President Roosevelt and others.

So clearly politics today are not as bad as they were from a civility standpoint as they were in previous periods, but they are not the norm, either.

HW: To what extent do partisan media outlets contribute to incivility?

Clayton: Numerous empirical studies have examined this question, and the evidence is mixed. It is safe to say that media is not the primary driver of polarized politics.

There is little evidence, for example, that watching Fox News makes someone more conservative, or that watching MSNBC makes anyone more liberal. Rather, people who already hold strongly conservative views will tune in to Fox News, and those with strong liberal values will watch MSNBC. Is that good or bad? Activists on both sides will be exposed to only the views that reinforce their preconceptions, and rarely have their views challenged in open and thoughtful ways that might lead them to better understand the other side.

It is also important to keep in mind that people who regularly watch cable news programs or listen to political talk radio represent a small minority of the populace — less than maybe 15 to 20 percent. Far more Americans watch programs like “Wheel of Fortune” every night than shows hosted by Bill O’Reilly or Rachel Maddow combined. Those who do watch political programs are usually better informed about politics and tend to be more politically engaged — so that is good.

New media are transforming the way our democracy works. Shortened news cycles; the decline of serious network news bureaus; the decimation of print media and newspapers as a source of political information; and the more casual, less controlled forms of discussions that take place online—all of these impact the nature of politics and democratic deliberation in the United States.

HW: Where does incivility begin? Is it with the political parties and their candidates, or with the mood of the electorate?

Clayton: Political incivility begins with partisan polarization and a closely divided electorate. It is a consequence, not a cause, of political division.

Politics become more passionate—and less civil—when there are real, important differences between the parties. Political parties have become ideologically more monolithic and polarized in recent years, and the American electorate has remained evenly divided since at least the late 1960s. This has led to less civility among elected elites and the public.

American society is clearly in the midst of major economic, demographic, and cultural transformations that are having a polarizing effect on our society. Partisan entrepreneurs capitalize on these divisions through the use of “wedge issues” in order to build their electoral coalitions and maintain a continuous campaign in which actual policymaking takes a backseat to partisan political calculations.

Clayton: No. People are more motivated to vote when they perceive real differences between the parties. Voter turnout has actually increased in recent years. During the 1980s through the 1990s, voter turnout in presidential elections hovered at or below 50 percent. During the last three presidential elections it has been much closer to 55 and 60 percent.

Political polarization usually leads to greater political participation (such as in voting, contributing to campaigns, or going to political meetings). The periods historically that have had the deepest political divisions—the 1890s, 1930s, and the 1960s, also have had the highest election turnout rates! If parties have similar policy views, it is difficult for voters to get motivated.

Despite the increased levels of participation, however, there is evidence that the gridlock caused by divided government and a closely divided electorate over such a long period of time is leading to a decline in the confidence and trust Americans have in their democratic institutions. The growing cynicism about politics and the loss of faith in elections and political action to resolve major problems is, I think, a cause for concern and something that requires more focus and attention.