A new interpretive center brings communities together in the Methow Valley, providing a place to honor and explore the region’s native history and environment. Humanities Washington partners with the Methow Valley Interpretive Center for their opening ceremony festivities.

In the Field features organizations Humanities Washington partners with across the state to help us advance our mission of sparking conversation and critical thinking, nurturing thoughtful and engaged communities across our state. 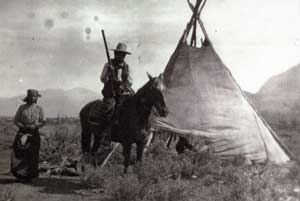 Lucy and C.B. Timentwa, former residents
of the Methow, circa the 1930s.

Opening this weekend (June 9-10) in Twisp, the Methow Valley Interpretive Center marks the culmination of years of effort to build relationships between local tribal and non-tribal communities. The new center will explore the history of the Methow tribe and the environment of the valley.

The center opens its doors with two days of programs, with support from Humanities Washington’s grants program. On Saturday (June 9), presenters will focus on the heritage of the Methow tribe. The following day’s program will tie Methow Native American culture to the region’s environment, and features an interactive hike led by noted naturalist Jack Nisbet.

Who: Methow Valley Interpretive Center
Established: 2012
Mission: “To create, fund and operate an interpretive center that recognizes the pre-European native inhabitants and portrays the geology and natural history of the Methow Valley.”
On the Web: methowvalley
interpretivecenter.com

The relationship between Native Americans and non-tribal residents in the Methow Valley has had a rocky history. Throughout much of the 20th century, the two groups rarely interacted, according to the center’s executive director Carolyn Schmekel. But, in recent decades, a few committed residents of the valley began to open dialogue and forge new bonds between the communities. In 2002, they revived the vibrant tradition of the powwow, sharing in the celebration of Native American culture. (Their story is featured in the documentary Two Rivers.) 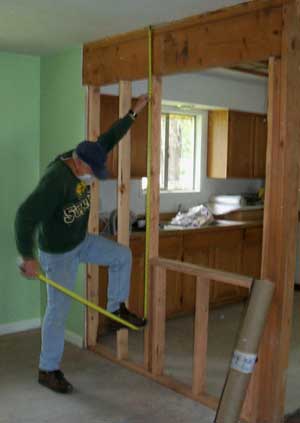 By 2010, Methow residents wanted to establish a physical presence in order to cement their progress building community and to act as a public gathering place. Twisp residents Carolyn and Glen Schmekel proposed an interpretive center on the campus of TwispWorks, a center for arts and culture built on a remodeled U.S. Forest Service complex.

Carolyn Schmekel, now executive director of the Methow Valley Interpretive Center, says the center will be “a place to share the stories of the indigenous Methow people and show how they lived.”

The center will feature an interactive model tribal encampment, which will include a pit house, drying racks and other interactive displays to show the daily lives of early Methow Valley residents.

A native plant garden will join the tribal encampment outside the interpretive center. Indoors, the center will also feature displays, presentations and workshops on the center’s twin topics: Methow tribal culture and the valley’s environment.

“If the valley hadn’t formed the way it did, it wouldn’t have the attributes that attracted the first peoples,” says Schmekel. “How they lived then, and how we live today in the same geological space, helps develop an understanding of not just our environment, but what makes us the same (or different) from the first occupants.”

Sisters Tillie Timentwa Gorr and Elaine Timentwa Emerson will present on Saturday in honor of their mother, a member of the Methow tribe who was relocated to the reservation near Colville. Timentwa Gorr says, “When they were driven out of their valley and moved onto the reservation [the tribe] really lost a lot.” She and her sister “feel it’s important to share their [tribe’s] history and put it back into the place where they were from.”

By exploring the past, the center hopes to engage the community in the future.

“The Interpretive Center is created to make certain this great cultural heritage will never be lost or forgotten again,” said Schmekel. “The discussion needs to continue, and perhaps the next generation will be challenged to continue to create relationships with the nations that live within our borders.”