Pop-Culture Historian Explores Role of Superheroines in Our Modern Mythology

The Seattle critic and pop-culture historian believes the protagonist of The Hunger Games novels and films represents another watershed in the recurring cycle of heroines as entertainment. The character, created by Suzanne Collins, is a new descendant of Buffy the Vampire Slayer, firing arrows at a futuristic patriarchy rather than driving stakes into bullying Big Bads — and she arrives after a decade that saw a dearth of cultural superwomen.

Stuller surveys this lineage in her book Ink-Stained Amazons and Cinematic Warriors: Superwomen in Modern Mythology

, a 2010 overview and reference guide of feminist potential in popular culture. She tackles the same topic in her Humanities Washington Speakers Bureau lecture, which travels around the state.

Stuller’s work is part of a current wave of feminist inquiry into media that might otherwise seem to repel such scrutiny, such as video games and comic books. She’s also a co-founder of GeekGirlCon, a clearinghouse organization (and affiliated Seattle convention, now in its fourth year) for women’s accomplishments in genre and the sciences.

“I really believe that the Internet has connected people who are vocal about these things in ways that weren’t really accessible before,” she says. “… With GeekGirlCon, we’re making a safe place to talk about these issues — unlike, say, San Diego Comic-Con, which isn’t always a safe place.”

Stuller contributed her voice to the PBS documentary Wonder Women! The Untold Story of American Superheroines. She’s the editor and key contributor of the forthcoming critical anthology Fan Phenomena: Buffy the Vampire Slayer

, looking at the cultures that built up around the important genre series. It’s due out in August. 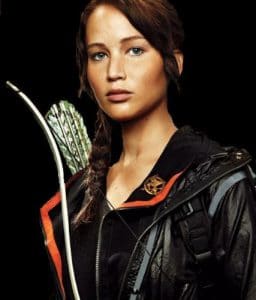 Pop-culture historian Jennifer K. Stuller thinks Hunger Games heroine Katniss Everdeen will be a watershed in the cycle of heroines in entertainment.

Stuller: Because I wrote a book about them, it’s hard to pick just one. But probably Modesty Blaise. She’s in a novel and then in comic strips in England for roughly 40 years — an ex-criminal turned sort of spy-for-hire. But others would be Buffy Summers and Bo and Kenzi on Lost Girl. … Something that stands out for me about many of them is that they’re complex, they’re multifaceted, they’re layered. They’re not just the mother or the hero or the sidekick. There’s a depth and an evolution to their character and to their overall narrative.

HW: Ongoing characters, such as those in comics, are always subject to revision, and the Supergirl we read about today might not be the same Supergirl we see five years from now. What are the risks of that?

Stuller: When I study a character, I tend to study them in terms of a particular writer or artist, or a particular arc. Like Lois Lane in the ’70s had this arc where she leaves the Daily Planet and does freelance journalism and moves in with three other women to share an apartment. She’s Superman and Clark Kent’s partner, she’s an award winning journalist, she has these essential qualities, but she changes depending on the era. In, say, the 1950s, she’s obsessed with marrying Superman and gets into a lot of fights with Supergirl. So it depends on the people involved, but it also depends on the era. 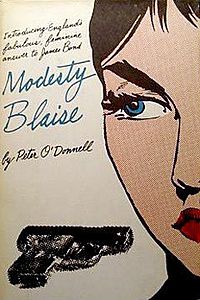 The cover of the Modesty Blaise novel. Stuller lists Blaise among her favorite female superheroes.

HW: Heroic and superheroic women characters have been around a long time, but something seemed to give in ’90s television. What did viewers find in Buffy and Xena and Dana Scully that they hadn’t found before?

Stuller: I think that a lot of it had to do with the idea of 1990s girl power — the riot girl movement, the Third Wave feminist movement — that influenced popular culture. A lot of that was influenced by the pop culture of the 1970s. And in real-world politics, you started to see strong women like Hillary Clinton and Anita Hill, women coming to the forefront of the zeitgeist, and that had to be reflected in popular culture. A lot of these shows were on cable television, and that gives you a lot more room to play with the gender representations of genre television. It was definitely a combination of things that we saw in the early ’90s thru the early 2000s, and then that kind of disappeared for a while. … I think that we had a backlash in terms of politics and popular culture, where you started to see this evolution of masculinity, started to see a lot of bromance movies. Politically, we went into a very conservative time. There were movements like the Tea Party that were trying to contain female agency, to control female bodies, and the result of that is pushback in another direction.

HW: Wonder Woman is a really important character for you. How did she come to be? 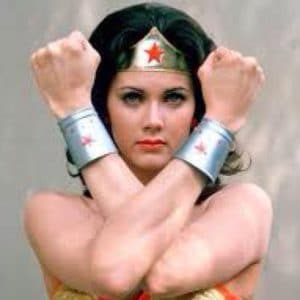 Wonder Woman is a key figure in Stuller’s talk on female superheroes.

Stuller: She was created by William Moulton Marston, who thought that comics were full of this blood-curdled masculinity, and some female energy needed to be injected into these stories about the hero — so that not only would little girls have female role models, but men would be less threatened by stories of female power, and they would actually be happier if they submitted to female power. Marston was probably an essentialist, believing that females should be the dominant sex. He created this character that was compassionate, that was just, that was adventurous and brave and bold, that encouraged rehabilitation instead of punishment, that was an ambassador of her people. She was raised by an island of women, so she promoted this idea of sisterhood instead of competition.

HW: Do you think Wonder woman would have retained her popularity to the present day if she hadn’t been part of a shared comics universe that includes Batman and Superman?

Stuller: It’s weird, because there were other female heroes and characters that didn’t last, or that weren’t as popular. She really captured the cultural imagination, and I think the reason that her status as a heroine has made her last so long, as long as Superman and Batman, is that in the 1970s, Ms. magazine put her on the cover and made her forever after an icon of female empowerment, an icon of feminism. So DC (Comics) has kind of kept her around, not because she’s a great character, but because there’s a lot of merchandising potential attached. Any woman who sees a coffee cup or a poster or a shoulder bag with Wonder Woman’s image on it automatically makes the connection with female strength. … I don’t know why the powers that be don’t get her. They don’t get her enough to make a movie or to get those books selling, and when they try, those essential qualities are often missing.