Photo: Annie Spratt. Back To All Blog Posts

Why would a museum in Washington State keep a 150-year-old pickle?

In her Speakers Bureau talk “The Ancient Fruitcake: What Really, Really Old Food Tells Us about History, Culture, Love, and Memory,” the Seattle journalist, travel writer and habitual museum-delver explores the wonders of foodstuffs that never quite made it into people’s mouths.

“From the Henry Ford Museum, I got a donut from 1890,” Baskas says. “The woman who made it was 43 years old and she was about the have her twelfth child. So what did she do before she gave birth? She made donuts for her family.”

Such stories are what make inherited food items special, she says, not just their age or origin. Take, for instance, the Passover lamb shank that was used at every family Seder for forty years and then handed on to grandchildren; or the pickle that was grown as a cucumber inside a hand-blown glass bottle in the 1840s, then pickled and left in the care of the Lynden Pioneer Museum.

Discovering that pickle during her research on a past Speakers Bureau presentation — which grew into her book Hidden Treasures: What Museums Can’t or Won’t Show You — helped spur Baskas to build a new talk around preserved foods. The best part of it, she says, has been the stories of heirloom foods that audience members share, like the central Washington family who for years passed around the last piece of cake from a party.

“Finally, somebody in the family who’s an artist took that cake and turned it into the base of a lamp,” Baskas says. “So it’s a lamp now.”

Humanities Washington: When we talk about heirloom foods, are we talking about intentional preserves, or accidental ones?

Harriet Baskas: Both. There’s the food that people know about, like the food that was buried with mummies for their journey into the afterlife. Then there’s food that sometimes accidentally, but also intentionally, people have and keep and ends up having significance. I found a story about a 4,000-year-old bowl of noodles they found in China in 2005. There was an archaeological dig and they found an overturned bowl in that dig, and under that bowl, there were noodles. Then there’s bog butter — chunks of butter they find in bogs [in the United Kingdom] that are like 2,000 years old. I need to do more research, but I think because bogs are kind of cold, they used it like a refrigerator, to store things and maybe forget them.

I don’t think anyone wants to eat them anymore, but they held that memory.

Why or how do pieces of food become heirlooms?

There’s lots of reasons. There was this man who actually got on Jay Leno with this fruitcake, which I think is a hundred and thirty-nine years old now. His relative made it, then she died before anyone got to eat it — or maybe no one was going to eat that fruitcake anyway. But then this fruitcake became associated with that grandma, and has been handed down for generations. Now it’s not only a family fruitcake, but it’s a famous fruitcake. One of my favorite things is a slice of bread at the Lopez Historical Museum — just a slice of bread in a piece of cellophane — the last slice of bread from the last loaf of bread that a woman’s mother made in 1899. It’s that same idea — this was the last thing a dead relative made, and they kept that last slice. The program’s changing all the time, because people are telling me new stories and sending me new things. 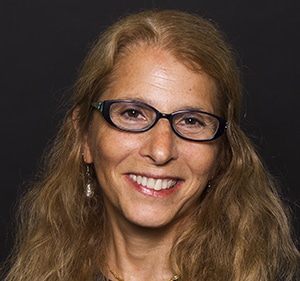 When you ask people about their own food stories, do you encounter a lot of jarred or canned preserves?

In fact, those have been some of the greatest stories, when I talk to people at the end of the presentation. In one of the towns in central Washington, someone said, “My grandma died in the ’70s, and Grandpa didn’t want anyone to touch her last batch of jarred preserves.” Then he died more recently, so those jarred preserves have memory. I don’t think anyone wants to eat them anymore, but they held that memory.

It’s the pickle in Lynden. That pickle I think is partly my favorite, because we don’t know the story of it, but I’ve kind of made up a story about it that might be true. And I’m thinking I might make a children’s book out of that pickle. I’ve also found what’s called the world’s oldest ham in Smithville, Virginia. They have a 24-hour “ham cam” on that ham. The Ball canning company had five brothers, and the third brother had a collection of canning jars—jars of fruit from the first World’s Fair held in the United States, which was in 1876. In Friday Harbor at the San Juan Historical Museum, they have fruit that was featured at Washington’s first World’s Fair that was on display in 1909.

Does every museum have some piece of food in its collection?

Not that they know of! No, not everyone does. A surprise one was the Andy Warhol Museum. The story with them was that Andy Warhol, for many years, the way his assistants got him to clean off his desk was they started giving him boxes and said, “We’re going to make time capsules.” Every couple of weeks or so, everything on his desk would go in his box. After his death there were like 290 boxes. The staff started opening them up, and in one of them was a piece of cake from somebody’s wedding. When we first started talking about them, these were things the museums weren’t really proud of or interested in sharing. But I realized that from museums and people’s families, there’s stories that go with those things that are actually so much more than just “funny food.”

Harriet Baskas is traveling the state presenting her free talk, “The Ancient Fruitcake: What Really, Really Old Food Tells Us about History, Culture, Love, and Memory.” Find out where she’s appearing next.