In this installment of 40 Years of Washington Stories, we look at Reel Grrls’ 2010 documentary on women’s suffrage in our state. 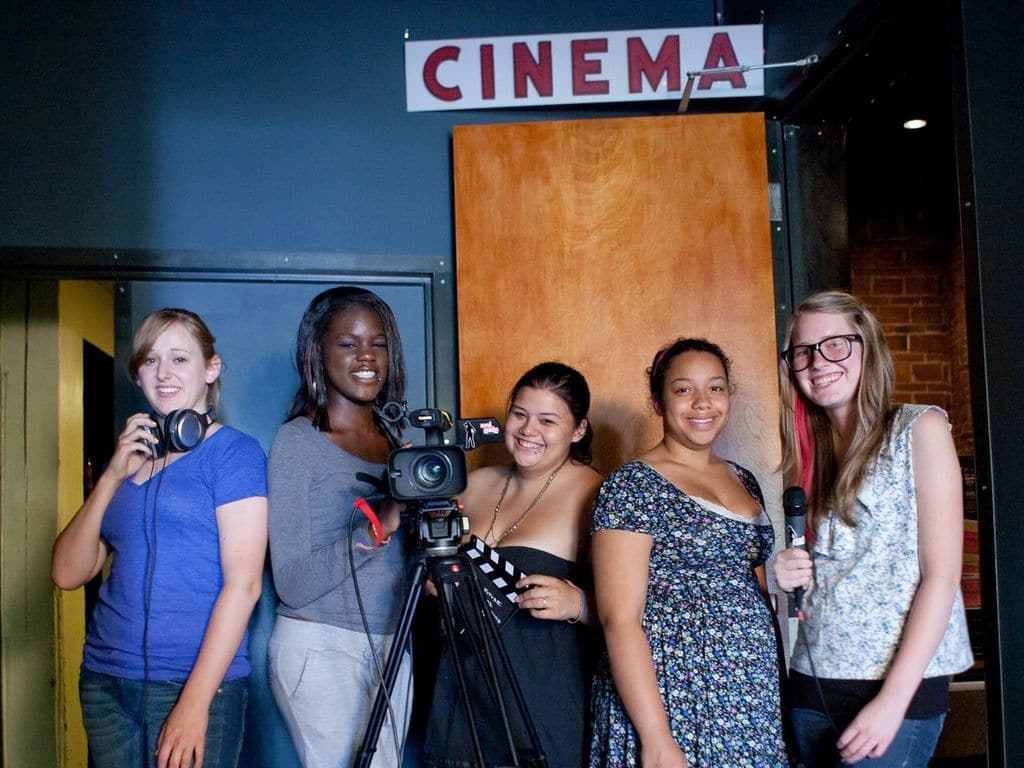 By the time the Reel Grrls crew finished The Fifth Star, their 2010 documentary on women’s suffrage in Washington, the film included interviews with historians, public officials and a cameo from Mayor Mike McGinn. Hosted by Reel Grrls participant Naomi Metcalfe, the documentary features interviews with several of Washington’s contemporary leading women discussing their take on the importance of equal voting rights.

Supported by Humanities Washington, The Fifth Star was shot at several iconic Seattle locations, including the Museum of History and Industry and the historic Women’s Century Club Headquarters in the Harvard Exit Theater. Once completed, the film was submitted to film festivals, distributed to schools and libraries, and screened for audiences at Central Cinema. By following the project through multiple phases of production, the filmmakers gained a clearer understanding of both the challenges and opportunities that documentary work provides.

Reel Grrls focuses primarily on teaching the technical aspects of video production, but staff member Maile Martinez said that the girls working on the project became fascinated by the history that they were researching. The film’s 2010 release coincided with the 100th anniversary of woman’s suffrage in Washington State, and the project allowed both the filmmakers and the audiences of the film to connect with some of the earliest struggles for equal voting rights in the United States.

Reel Grrls, based out of Seattle’s Central District, has been working with young women filmmakers for over a decade.