In this entry in our 40 Years of Washington Stories series, we look at the Roslyn Black Pioneers, who built parade floats in the 1990s to share local African American history. 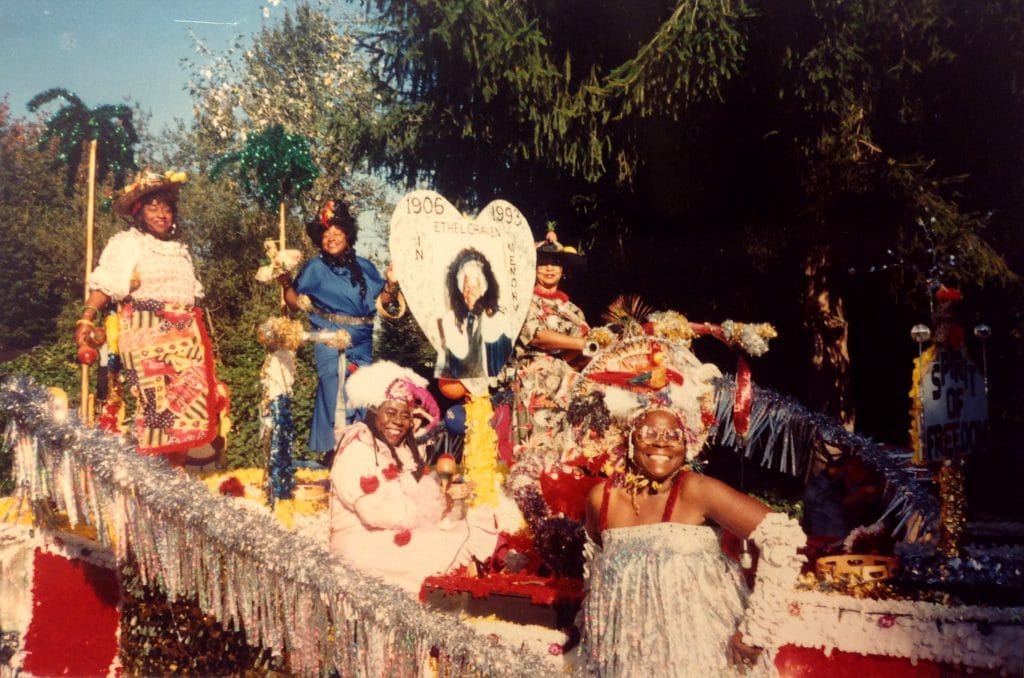 The Roslyn Black Pioneers with their 1993 Jamaican-themed parade float. In addition to the pieces of the float that celebrated Jamaican culture, the centerpiece honors Ethel Craven Florence, who passed away in 1993 and helped found the organization to preserve Roslyn’s black history.

The roughly 1,000 black men that arrived in the small Washington town of Roslyn in 1888 experienced intense hostility from the community. The Northern Pacific Coal Company brought the men in to break a strike organized by white coal miners, and the antagonism between the newly settled black families and their white counterparts lasted for years after the strike.

Almost exactly 100 years later, Ethel Florence Craven and several other descendants of these black miners founded the Roslyn Black Pioneers, a group dedicated to the preservation of black history in Washington state. “We realized there is little Black history, especially positive Black history, in our schools’ history books,” wrote the Pioneers in 1993. “We had a history in Roslyn that needed to be told.”

The Black Pioneers requested a grant from Humanities Washington in 1993 in order to continue building the parade floats that they had been submitting to Washington parades since 1987. Each year, the organization selected a theme drawn from black history and built a parade float meant to entertain and educate audiences.

The 1993 grant money was used to create a parade float entitled Spirit of Freedom – Kissin’ Kousins Salute Jamaica. The float recognized the plight of black Jamaicans, whose history parallels that of the first black inhabitants of Roslyn. Both groups have African roots, and struggled with racism and poverty in their new homes. The Pioneers toured their float across the state that year, continuing their tradition of entertaining and educating Washington’s citizens about their proud and difficult past.