For our 40th Anniversary, we’re looking back at 40 Years of Washington Stories. This installment features the 1993 Silver Lake Logger Poetry Festival, which celebrated poetry from an unlikely place: logging camps. 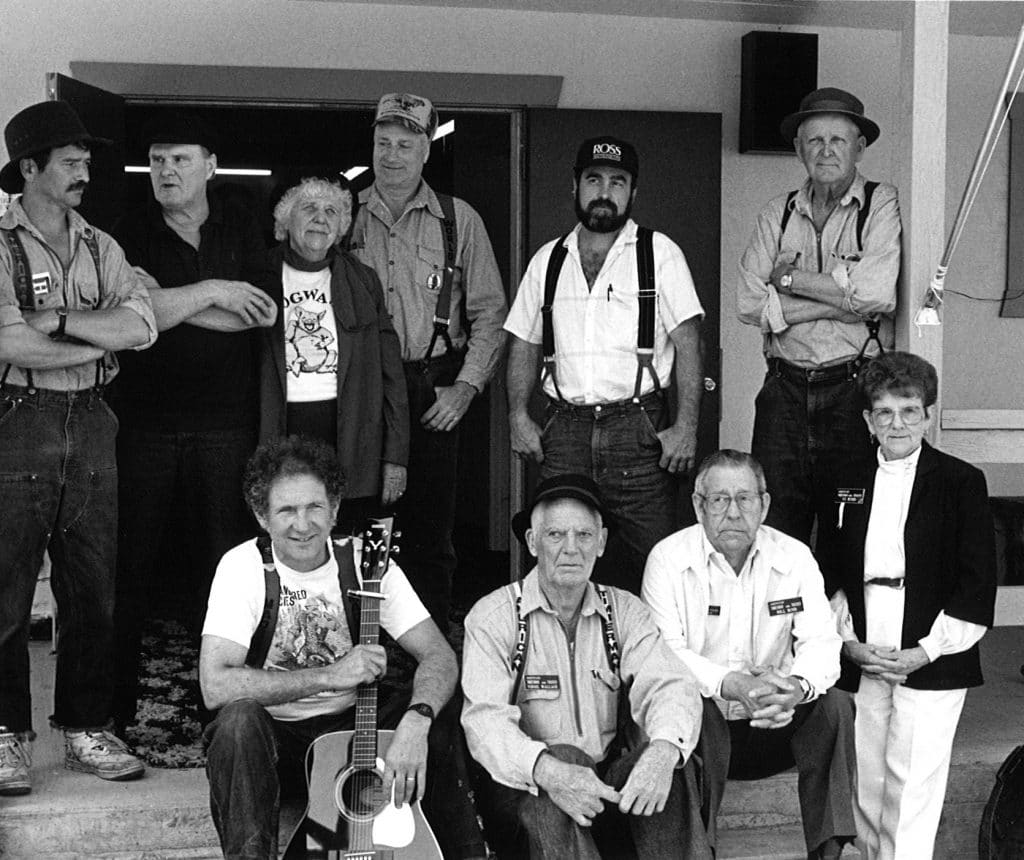 When Washington’s loggers weren’t felling trees, many of them were writing poetry and singing songs to pass the time. Their art was largely confined to logging camps, however, until the 1993 Silver Lake Logger Poetry Festival took place. Partly funded by Humanities Washington, the festival drew over 200 people to the Silver Lake Grange Hall to see eight logger poets perform over the course of a single evening.

Washington logger Lon Minkler, who performed at the festival, recalled how he got his start in the craft of poetry for the Cowlitz County Advocate in 1993. “I would write a little verse, generally not very nice, about one of the rigging crew,” he said. “If they liked a certain verse I sent to them, they’d take it home.”

The poetry shared by the loggers showcased their unique point of view on environmental and working-class issues. Washington’s logger poets developed their craft in the relative isolation of logging camps, and the Silver Lake Logger Poetry Festival was an overdue opportunity for these artists to share their story with a much broader public.