Speakers Bureau’s Alex Alben discusses how digital advances have changed our society, interactions and institutions. Alben is one of the featured speakers at Bit By Bit: The Digital Evolution of the Neighborhood, a Humanities Washington Think & Drink event in Spokane May 22.

Tools can also be traps. Can you get to your appointments without Google Calendar? Can you keep track of blog articles you’d like to read without Instapaper? Can you recall what year that hit song came out without iTunes?

“We can’t remember phone numbers anymore,” Alex Alben says ruefully, “because they’re all in our phone.”

Alben has kept a weather eye on the digital front for decades, both as a tech entrepreneur and now as an author and essayist. His book Analog Days: How Technology Rewrote Our Future

examines societal changes in the wake of the Internet and mobile communications, and the way our thinking changes with new technology. Will the analog experience of the printed book go by the wayside with the advent of the e-book? Is “liking” something on Facebook the same thing as taking action?

What: Bit by Bit: The Digital Evolution of the Neighborhood, a Think & Drink conversation with Alex Alben and Brett Atwood, with moderator Shann Ray.
When: 7:30 p.m. Wednesday, May 22, 2013
Where: Lindaman’s Gourmet Bistro, 1235 S Grand Blvd, Spokane, WA 99202 [Directions]
Cost: Free
On the Web: humanities.org/programs/think-drink
Questions? Email Zaki Abdelhamid at zaki@humanities.org or call 206.682.1770 x102

Alben is a Seattle Times opinion columnist and a former executive with RealNetworks. In 2004, the Stanford Law graduate ran for Congress, and now works in intellectual property law as it relates to digital media. He’s also the author of Our Man In Mongoa, a 1987 comedic novel of espionage on a placid South Seas island. His 2012 short story “The iPhone … With Apologies To Nicolai Gogol” imagines a smartphone making its own way as a Hollywood producer. In a sign of the digital times, it’s not available in print, but can be downloaded for the Kindle

Alben will present alongside communications professor Brett Atwood and moderator Shann Ray in Spokane May 22 at Humanities Washington’s Think & Drink, Bit By Bit: The Digital Evolution of the Neighborhood. Alben is also a member of the Humanities Washington Speakers Bureau with his presentation Analog Days: How Techonology Rewrote Our Future and is available for future bookings.

HW: The Internet used to be a place where you went to be someone else, but its major gateway, Facebook, now demands your real identity. Are things better or worse for users because of that move toward openness? 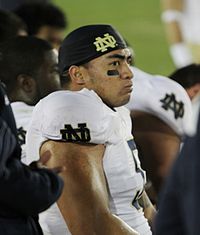 College football player Manti Te’o may have been fooled into an online relationship with a nonexistent woman – a recent, high-profile case of being fooled on the internet.

Alex Alben: Facebook is a community, and the community only really works if you’re being honest about who you are. There’s sort of an implied trust between people who say who they are and are who they are on Facebook, and also on LinkedIn. On the other hand, there’s always going to be abuse of identity , because it’s easy to do. There’s abuse of identity in the physical world. … But some of it is dangerous, and it’s leading people to confuse what’s virtual and what’s real. The most recent example of this is the Notre Dame football player Manti Te’o, who thought that he had a real girlfriend and mourned her death when he was informed that she had died. That would not have happened seven or eight years ago. As human beings, we tend to trust what we see and hear, and we don’t apply a filter to it — the filter of “is this true?” and “what’s the source?” But we need to learn to do that if we’re going to successfully negotiate virtual worlds.

HW: All of us say things online that we would never say to another person’s face. There’s a backlash underway against some of this, particularly against online sexism and homophobia. Do you see that kind of behavior moderating? Will digital speech start to mirror everyday speech?

Alben: Gradually. I think that the norms of analog speech and the norms of digital speech are going to converge. I think that for many teenagers, (they) realize they need to keep their Facebook pages clean when they’re applying for college. The ability to experiment and try out new themes or new ways of talking can be seen by others, and if you’re a college applicant, you have to be concerned about what you’re projecting to a new group of people. It’s not just your friends. Generally, I do think that the culture of how people talk when they’re hiding behind an online identity and how they talk in real life is going converge, as people realize that an online identity can be discovered in many ways.

HW: You talk about people struggling to live in two cultures, but things like Google Glass seem bound and determined to merge the two cultures into one. 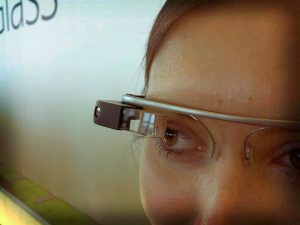 A prototype for Google Glass, a wearable computer fitted like glasses.

Alben: The way I look at the world, in terms of the broad changes that have happened in technology — there are certain habits and values that are associated with the old analog technologies, but then there are a whole new set of habits and cultural changes that are associated with many digital devices. It’s not that there are devices that are going bridge the gap, but that doesn’t mean that new things like Google Glass and having personal robots aren’t going be useful — they will be useful. The question to me is, what do we lose by moving so quickly to adopt all these new technologies that are changing the world? Google Glass is going to be the ultimate multitasking tool. Like any new technology, it’s going to be extremely useful, but it’s also going to have it’s own set of dangers associated with it. … It will be a very big potential for distraction, because you don’t have to be focusing on the person you’re talking to, and maybe you’re not focusing on where you’re walking, even.

HW: You wrote a blog entry about the digital residues left behind after your father’s death. Do we need to start planning for our online identities the way we plan our wills?

Alben: Absolutely. I think that this is a new realm where we have an afterlife that is electronic, that can be persistent, and that other people can access after we’re gone. Some people might like that — they will continue to have some sort of presence electronically, and that could be their legacy, and they could leave messages or make statements or point to things that were important in their lives. The thing we’re sort of struggling with right now is that many of us don’t realize we’ve created these online personas — a Facebook page or an avatar in a virtual world — and when our relatives and friends pass away, there’s a question of how to deal with this persona that survives us. Facebook is actually pretty good at allowing people to take down a page of a relative who’s deceased, but it’s certainly an area that we’re going to need to take care of as we leave things behind.

HW: If we are more connected than ever, why do we feel alienated? 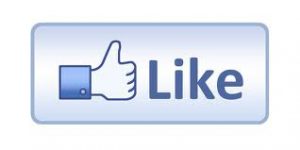 Is “liking” something on Facebook the same thing as taking action?

Alben: I’m not a sociologist, I’m more of an observer of technology — but I think alienation has many sources. The primary one is people living alone. But I think the thing that gives us maybe a false sense of connection is having a lot of friends on Facebook, and a lot of superficial interaction. That’s not a replacement for real friendship or real face-to-face communication. I’m seeing sort of a paradox, even with teenagers or young people — they really do value experiences they have like going to summer camp, where they’re in an environment where they’re interacting with people. My son is a teenager, and his happiest month of the year is not having his phone, when he’s able to be with other kids and go camping and go kayaking and sing songs around the campfire. I actually think people will start paying for retreats or weekends where they go and leave their digital devices behind, and somebody creates experiences for them.