Image: Angie Harms, via Flickr/Creative Commons Back To All Blog Posts

The History in Your Backyard

Just a half mile from her house, Llyn De Danaan stumbled across a gravestone that changed the course of her research. Now she is teaching others how to discover the history all around them.

Llyn De Danaan has spent years uncovering the strata of Washington’s cultural history — even when that history has come close to washing away with the tides.

A cultural anthropologist whose work has taken her throughout the state and around the world, De Danaan has uncovered history that challenges preconceived notions of past eras. Her 2013 book Katie Gale: A Coast Salish Woman’s Life on Oyster Bay explored the previously unknown story of a pioneering Native American woman in a community forged by displacement and hardship.

She notes that many such pieces of the state’s history are lost, for one reason or another — such as the impact of early French traders throughout the state. “The trappers who came here from France were mostly illiterate, so they didn’t keep journals and didn’t write letters, and there’s no documentation on what they were up to,” she says. “… So finding other ways to represent those people is a task that’s worthwhile, but not easy.”

In “History in Your Backyard,” her Speakers Bureau talk for Humanities Washington, De Danaan coaches listeners on the joy and challenge of documenting lost history. Genealogy, oral history, archival research, museum logs — all these can contribute to a rewarding journey into history. Lately De Danaan has turned her hand to fiction, as well as deep research into her family lineage in the Midwest.

“I’m sort of working on my own history now,” she says. “It’s got its own interest and its own charm.”

Humanities Washington: Uncovering history sometimes starts with a single find. What was the first relic of Katie Gale you discovered?

Llyn De Danaan: The whole first chapter of my book is about discovering her tombstone. I’d heard her name, because I’d done some research for the Tulalip Tribes, and that had taken me into tideland records and a couple of other places. I knew from records that she was a Native American and had owned some of her own tidelands. I knew there was a story there, because this was contrary to everything I had heard about Native American women in that era. And then by chance, with a couple of friends of mine who work for the Mason County Historical Society, we found her tombstone, and it’s only about a half mile from where I live on Oyster Bay. So this turned into a calling. I thought, “She lived on Oyster Bay right up the road from where I live, and I’m going to find out what the story is.” That’s what I try to talk about in my presentation: One thing can lead to so many stories to be uncovered and unwoven, and the threads are just endless.

The state’s history seems to have not just a lot of threads, but a lot of cultural layers.

There’s enormous diversity in Washington State. I have done another project out here with Japanese-Americans who lived on Oyster Bay. They began coming in the early 1900s, and working for the oyster companies, and in the ’30s living on floathouses. Then almost everybody who was here in the ’50s and the ’60s had been in Tule Lake incarceration camp in World War II, and they really had to fight to get their citizenship back. I worked with a number of elders who at that time were still alive on Oyster Bay, and we did a project called “Mountain of Shell.” What really interested me was the layers of cultural moments on this tiny little bay.

Not everyone has a professional research background, as you do, so what are some good starting points for people who want to explore hidden history?

In my presentation, I try to talk about how involved my friends at the local history society were, and still are, as volunteers and part-time workers. I try to mention the kind of documents that one can refer to. I taught a class at Evergreen on doing this kind of research, and how one can go to local archives, the Washington State Archives, and libraries, which often have files — there are so many places that citizens with very little background can go. Historical societies often have a little museum, and they’re more than happy to help you find information about your property or people that you’re interested in.

Is it difficult to spot or appreciate a history that doesn’t intersect with one’s own culture? 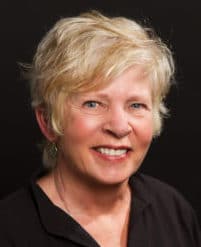 That’s a very good question. First of all, if you’re working cross-culturally, an enormous amount of sensitivity is required. You can’t just go blundering into a site where you don’t know or don’t understand the cultural history. With the Japanese-American project, I was invited to do that work, and most of my work with Native Americans has been by invitation. I have never been an anthropologist who just arrives and there I am, doing my thing. I think what you’re also asking, though, is if the answers or the stories run contrary to what they’ve been taught. To be perfectly honest, a lot of histories have been neglected or forgotten and not celebrated — sometimes because the community of people who have that history are not particularly vocal about it, or not particularly interested in having that made public. But it’s also because our local museums and historical societies have focused on the “pioneer history” — early European settlement, people who made a difference in founding a town, and so forth. One realizes there is all this other history to be accounted for, which doesn’t get represented.

If someone discovers a previously unknown history, do they have a duty to share it?

Well, that’s tricky. Often in my talks somebody will come up to me and say, “My great grandfather kept a diary when he worked for the Puyallup Tribe as a farmer or as an administrator in the late 1800s. Would you like to see that?” Or, “My grandmother left me a box of Native American artifacts.” I love it when people say that. But I think we all have a responsibility to pay attention to legacy and to our relationship with the past, and bring that forward. It doesn’t mean you are the one who has to do all the work — you can go to a local historical society, you can go to a librarian, you can go to a university and ask a cultural anthropologist. The reason we found Katie Gale’s tombstone was that Pete Bloomfield, who was a logger, remembered 40 years earlier finding some tombstones on property he was logging. And he said, “I’ve always been meaning to tell you about these tombstones.”

De Danaan is traveling the state giving public presentations as part of Humanities Washington’s Speakers Bureau. For more events near you, check out our calendar.

1 thought on “The History in Your Backyard”