The Most Important Movies by Native American Filmmakers and Artists

In our second Top 10 list, film scholar Lance Rhoades shares some of the most influential films made by First Nations or American Indian artists, like Smoke Signals, Powwow Highway and more.

In honor of our 40th anniversary, Humanities Washington presents a series of top 10 lists, sharing the best of the best from a variety of humanities topics from the past 40 years. Composed by our Speakers Bureau presenters, these lists are designed to spark new ideas and inspire us to try something new in 2014. Look back on Spark each month for a new top 10 list!

In our second Top 10 list, film scholar Lance Rhoades shares his list of the most influential films made by First Nations or American Indian artists. Rhoades travels the state as part of the Humanities Washington Speakers Bureau with his presentation American Indians in Cinema: Portrayals and Participation, Onscreen and Behind the Scene, coming to Stevenson April 13 [Details]. In 2014, Rhoades also is offering a new presentation on the Civil War in film. [Details]

The 10 most important feature films by American Indian or First Nations screenwriters, directors, and authors: 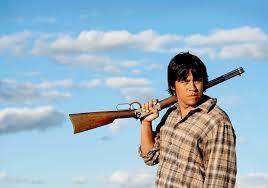 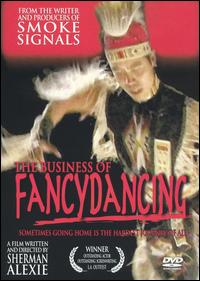