This Week & Next: History, Music and Film with Humanities Washington

Join Humanities Washington during the month of December for a compelling line-up of humanities-themed exhibits and events! 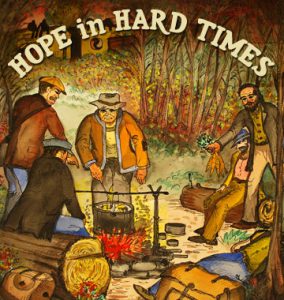 This Week & Next highlights upcoming events and news from Humanities Washington, our many community partners and like-minded organizations around the state. Subscribe to Spark to receive regular event updates, or check out our full calendar at Humanities.org.

SPARK PICK
ILWACO – Humanities Washington’s travelling exhibit, Hope in Hard Times:  Washington During the Great Depression continues at the Columbia Pacific Heritage Museum, until January 2015. The exhibit explores the adversity and triumph of everyday Americans during the 1930’s, and contrasts them with the economic challenges facing people today. [Details]

THIS WEEK (December 1-5, 2014)
Join our featured speakers Amy Rubin and Michael Schein, for conversations about about music and Washington State history.

NEXT WEEK (December 8-12, 2014)
Speaker’s Bureau presenter Lance Rhoades will lead two film-related conversations during the week of December 8th. The first will explore the portrayal of American Indian culture in popular films. The other will compare a variety of  film portrayals about the Civil War. Rhoades is a Seattle-based film scholar.

WEDNESDAY (December 10)
OLYMPIA – American Indians in Film:  Portrayals and Participation, Onscreen and Behind the Scenes. [Details]

THURSDAY (December 11)
SEATTLE – From “Birth of a Nation” to Ken Burns:  The Civil War in Cinema. [Details]

We hope you’ll plan to join us for one or all of these events, and look forward to talking with you about the humanities and more!