To Be Young, Gifted and Black Resonated with Youthful Audiences in Seattle

In this look at Humanities Washington’s past programs, we examine Group Theater’s 1994 production of To Be Young, Gifted and Black, which sparked many post-play discussions. 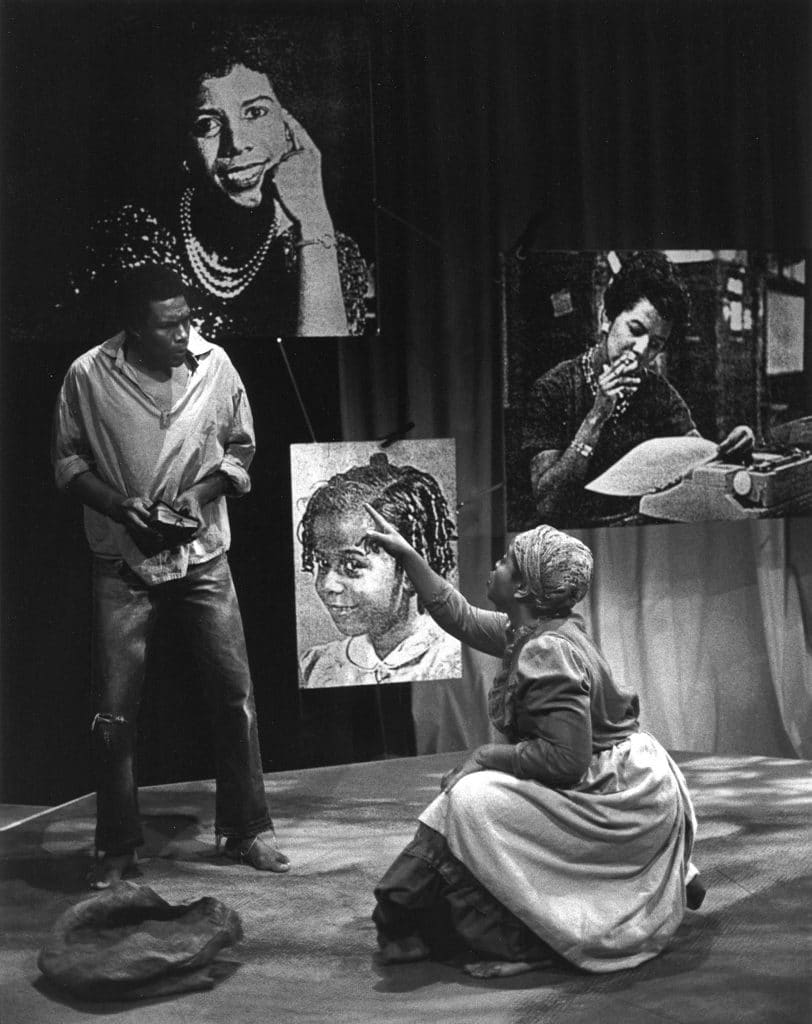 William Hall, Jr. and Tawnya Pettiford-Wates starred in the Group Theater’s production of To Be Young, Gifted and Black in 1994 | Photo: Chris Bennion.

When Seattle’s Group Theater produced To Be Young, Gifted and Black in 1994, then-artistic director Tim Bond saw the play as an opportunity to connect with school-aged audiences. The play was compiled from the writings of Lorraine Hansberry, the author of Raisin in the Sun, after she passed away in 1965 at the age of 35. The young Hansberry was incredibly prolific during her brief lifetime, and Bond said, “I wanted to use this as an inspiration to kids, to make them believe they had something to offer in their English classes.”

To that end, Humanities Washington partnered with the Group Theater to fund the development of study guides and writing prompts that school groups could explore after they viewed the play. The writing prompts pushed students to think critically about the themes of Hansberry’s work, particularly the struggle for civil rights and the links between art and identity. Students were enthusiastic about the program, and Bond said it inspired a number of insightful essays written in response to the writing prompts.

By encouraging students to continue exploring To Be Young, Gifted and Black after attending the play, the Group Theater helped students think critically about the issues that Hansberry struggled with and encouraged them to see writing and performance as a means of connecting those issues to their own lives. The Group Theater shut its doors in 1998, citing financial issues, but Tim Bond is currently the producing artistic director at the Syracuse Stage and Department of Drama.