Whatcom Museum Continues to Engage with History and Art

The Whatcom Museum in Bellingham has a strong heritage of producing exhibits that engage local communities. 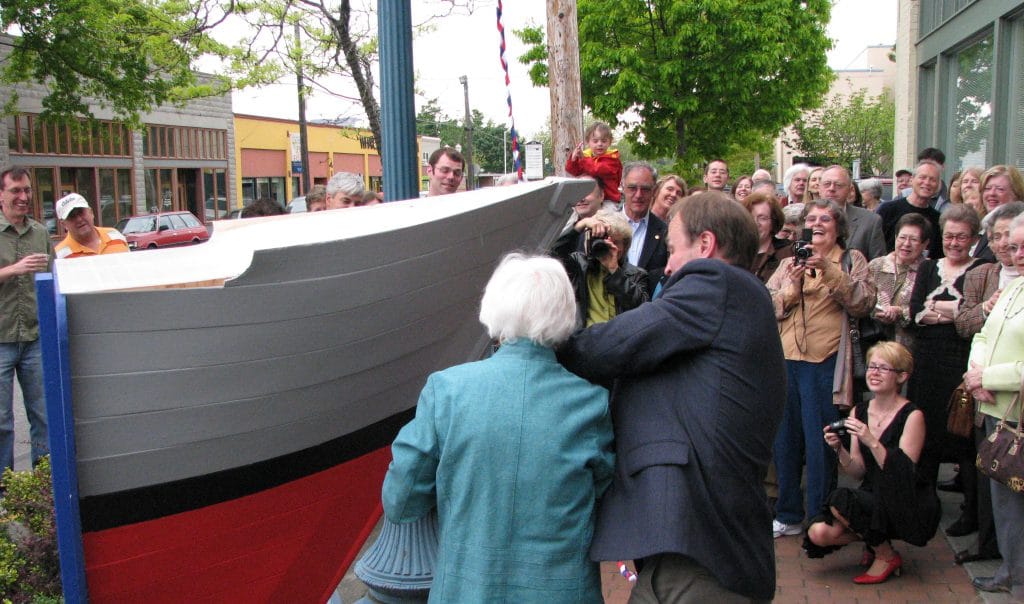 Humanities Washington is celebrating our 40th anniversary with 40 Years of Washington Stories. Each week on Spark, we  are offering a snapshot from our past, through stories that reflect the humanities in Washington state.

For many decades, the Whatcom Museum has curated exhibits that combine history and interactive art to connect and engage with the lives of its visitors, the humanities, and its community.  Past exhibits have explored topics including the Suffragist Movement and the Russian Orthodox Church. Thoughout the years, exhibits have reflected a creative approach to engaging museum visitors.

An exhibit exploring how women won the vote in Washington included  lectures by local experts.  An exhibit that highlighted Whatcom County’s prolific shipbuilding industry featured oral histories from community members.  An exhibit about the growth of the Russian Orthodox Church along the West Coast included artifacts, a film and a lecture series.

In 2011, the Whatcom Museum sponsored the development of a dance performance to complement the visual art and language selected by artist Leslie Dill for her Poetic Visions exhibit. Bellingham choreographer Pam Kuntz produced the performance.

These exhibits exemplify the Whatcom Museum’s ongoing commitment to develop and maintain strong ties with the community that it serves. Information about the museum’s latest art, nature and northwest history exhibits can be found here.