In this installment of 40 Years of Washington Stories,, we look at China at Work, a series of forums in Eastern Washington that discussed the cultural and agricultural differences between Chinese and American wheat farmers. 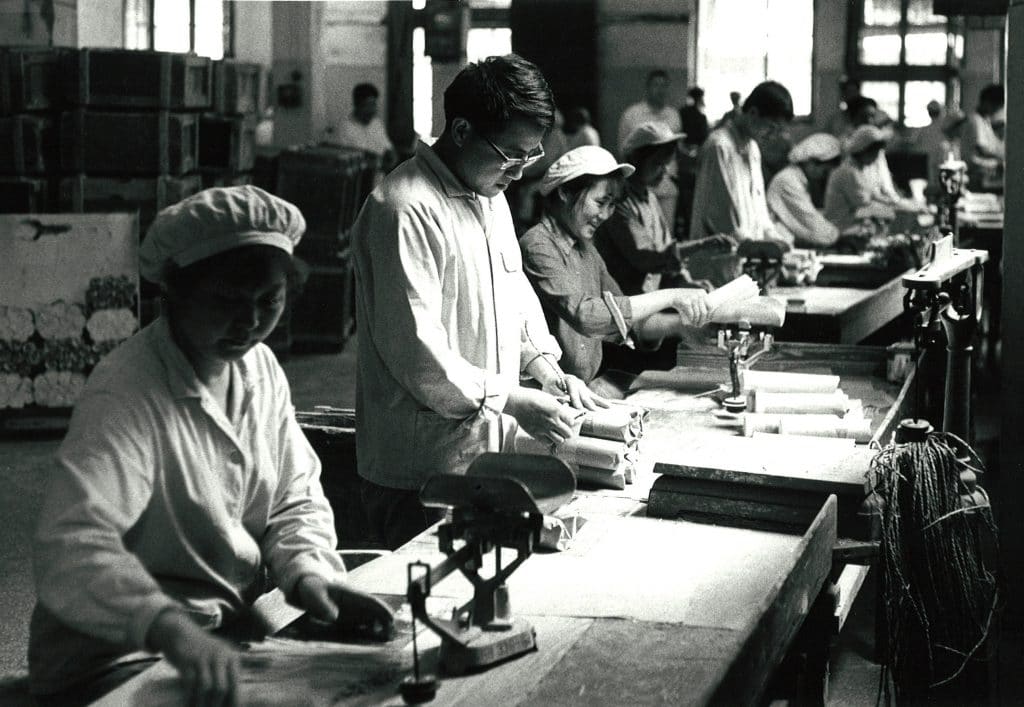 A photograph of a Chinese noodle factory from China at Work, a booklet produced in conjunction with the forums sponsored by Humanities Washington and Whitman College | Photo: David Currant

Inspired by the visit of several Walla Walla wheat farmers to China in 1981, Whitman College and Humanities Washington cosponsored nine forums across Eastern Washington that explored the cultural and philosophical differences between communist China and the capitalist United States. The focus was on the agricultural implications of these differences, particularly as they related to wheat farming.

In Walla Walla, the forum featured a panel that brought together faculty from the University of Washington and Whitman College, as well as Robert Schwerin, one of the wheat farmers that traveled to China. During the conversation, the Union-Bulletin recorded Schwerin making what might be considered one of the most prescient comments of the evening. He was impressed by the efficiency of Chinese farmers, and despite predictions by other panel members that the Chinese would have a difficult time keeping pace with the rest of the world, he said that “I think they’re going to make great strides in feeding themselves.”

In addition to the nine community forums, a booklet entitled China at Work was produced, which contained pictures of the farmers’s visit to the country. By bringing wheat producers and consumers from different countries together, the ‘China at Work’ project provided the opportunity for greater understanding of the cultural dynamics that influence global trade.