The Borders of Truth: Misinformation in the Immigration Debate 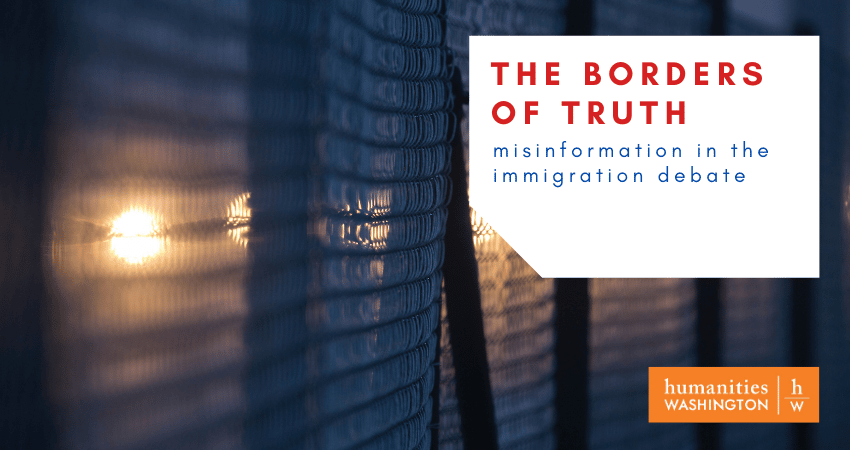 For the first time since they began asking the question, a recent Gallup poll found that Americans now want more immigration (34%) to the US than those who want less (28%), with the remaining being satisfied with current levels. And a huge majority of Americans (74%) want legal status for immigrants brought to the US illegally as children. Yet despite this consensus, the national conversation about immigration seems to be getting uglier, and political gridlock on the issue worse. Why?

In this livestreamed event, join Professor Sophia Jordán Wallace to explore how misinformation, myths, and media stereotypes have hobbled our ability to talk meaningfully about immigration, and made immigration reform in Congress more difficult. She will also draw parallels to the rise of misinformation about the 2020 election. What can we learn from America’s polarized attitude toward immigration over the past 30 years? How has the debate affected Latino civic engagement? How has misinformation affected participation and representation in our democracy more broadly? Can we use this debate as a lens to better understand the current political moment, and find a way to move forward?

Sophia Jordán Wallace is an associate professor in the department of political science at the University of Washington. She is the director of the Washington Institute for the Study of Inequality and Race (WISIR). Her research interests include the politics of race and ethnicity, Latino politics, immigration politics and policy, representation, and the immigrant rights protests of 2006.

This event is part of Humanities Washington’s initiative “Re:building Democracy,” a deep dive into the state of democracy, voting, and civic engagement. Presented in partnership with stations KUOW (Seattle), KPBX (Spokane), and Northwest Public Broadcasting (statewide); and produced with the support of the Mellon Foundation and the Federation of State Humanities Councils.

ONLINE: Washington on Wheels: Odd and Innovative Transportation Ideas from the Pacific Northwest

ONLINE: The Country That Fiction Built