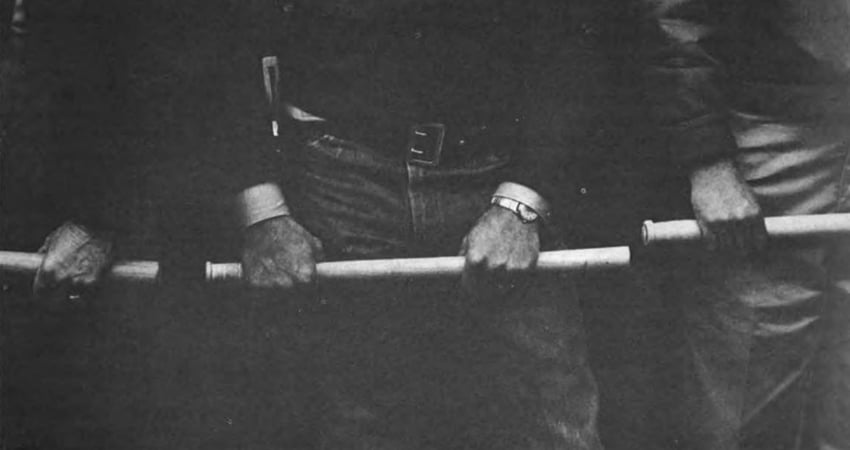 “Our nation is moving toward two societies: one Black, one White—separate and unequal.”

This was the conclusion drawn by the U.S. government in the Kerner Commission Report, an examination of the sudden rise in riots and violence in Black neighborhoods in the mid-60s. Though the report was released in 1968, much of it reads like an indictment of 2018 America: the cycle of poverty, the deep polarization, the anger, the difficulty in confronting the past.

Yet by some measures, progress has been made. “The lives of Black Americans are better than they were half a century ago,” says journalist Ta-Nehisi Coates, citing decreases in Black poverty rates, the absence of more blatant forms of discrimination, and the drop in teen pregnancy rates. America is still only a year distant from its first Black president. But what metrics should we use to measure progress? The income gap between Blacks and Whites remains staggeringly high, Blacks are incarcerated at dramatically higher rates, and White nationalism is seeing a resurgence.

Join us as we discuss what progress looks like for Black America. Are the last 50 years worth celebrating, or do we remain in much the same place as we were when the Kerner Report declared that “discrimination and segregation . . . now threaten the future of every American”? Featuring Clyde Ford, local author, teacher, and national public speaker, and Dr. Vernon Damani Johnson, Western Washington University professor and Program Director for the Munro Institute for Civic Education. Moderated by Dr. Joy Wiggins, Western Washington University professor and director of Global Peaceful Paths.

This event is part of “Since ’68,” Humanities Washington’s spring series of Think and Drink events in Bellingham, Tacoma, and Seattle.

In the opening months of 2018, gender and racial equity, the threat of nuclear war, mass protests, and deep political divisions are the subjects of intense debate in American society. But we’ve been here before—and in recent memory. The year 1968 saw widespread youth protest, a surge in feminist and Black activism, nuclear anxieties, the election of Richard Nixon, and the assassinations of Dr. Martin Luther King Jr. and Robert Kennedy.

Each event will explore the connections between 1968 and our present moment, focusing on one of three pivotal events: the Miss America protests, the publication of the Kerner Report on the troubling inequities between Black and White communities, and the signing of the nuclear nonproliferation treaty. How have those events shaped our current politics and society? Despite the drum beat of rage and alarm from the news and our social media feeds, are our lives fundamentally better now—safer, more equal, less anxious—than they were then? Or are we worse off, and once again on the brink of chaos? Join us as we examine the legacy of one of the most transformative years in American history.

Event is restricted to ages 21 and up. Registration is encouraged, but not required. Register here.