What Our Smartphones are Doing to Our Minds 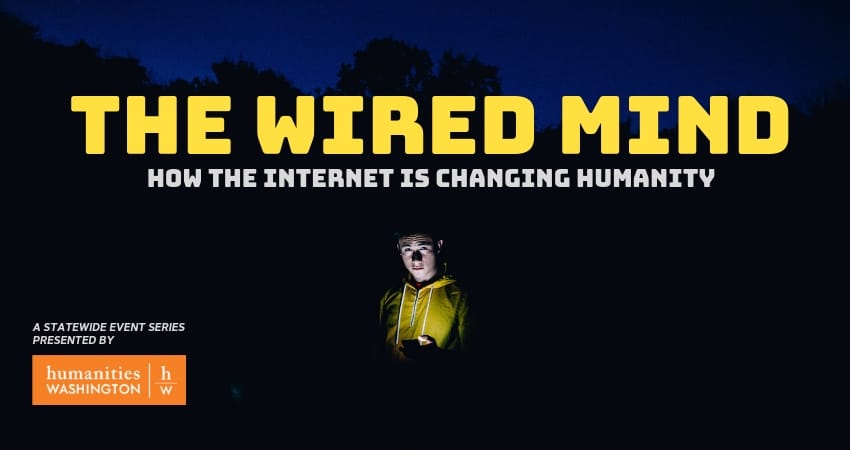 Join us for a special event investigating the relationship of technology and the humanities with expert Nicholas Carr.

Event is free and open to the public. Presented in partnership with Gonzaga University Center for Public Humanities and the Arnold Fund. Learn more here.

Nicholas Carr is an acclaimed writer on technology, economics, and culture whose books have been translated into more than twenty-five languages. He is the Richmond Visiting Professor at Williams College.Carr’s 2010 book The Shallows: What the Internet Is Doing to Our Brains was a Pulitzer Prize finalist and a New York Times bestseller. Now hailed as “a modern classic,” The Shallows continues to be a touchstone for debates on technology’s effects on our thoughts and perceptions. His 2014 book The Glass Cage: Automation and Us, which the New York Review of Books called a “chastening meditation on the human future,” examines the personal and social consequences of our ever growing dependency on computers, robots, and apps.

Carr has written for The Atlantic, the Wall Street Journal, the New York Times, Wired, Nature, MIT Technology Review, and many other periodicals. In addition to speaking at a wide range of professional and academic events, Carr has appeared as a commentator on many television and radio programs, including NPR’s All Things Considered and OnPoint, the PBS NewsHour, MSNBC’s Morning Joe, CBS Sunday Morning, and the Colbert Report.

This event is part of our statewide series, The Wired Mind: How the Internet is Changing Humanity.