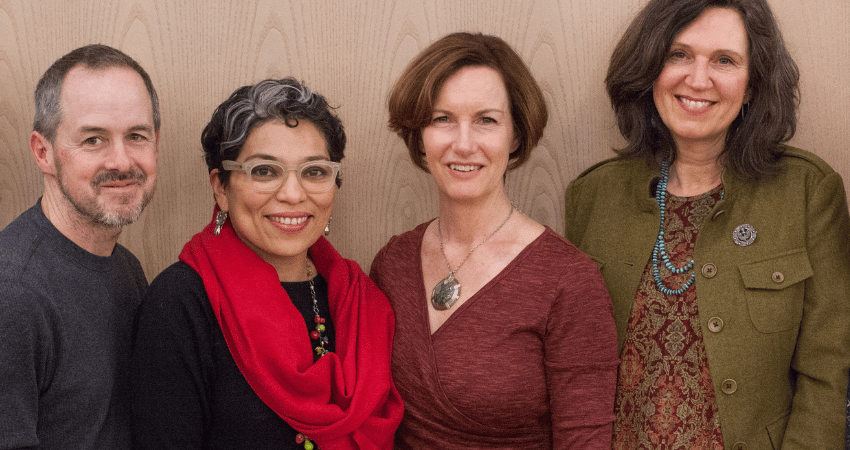 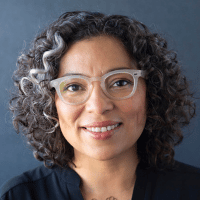 Castro Luna fled war-torn El Salvador for the United States at the age of 14 with her family, and went on to earn an MFA in poetry and an MA in urban planning. After working as a K-12 teacher, she became Seattle’s first Civic Poet, a position appointed by the mayor. In that position, Castro Luna won acclaim for her Seattle Poetic Grid, an online interactive map showcasing poems about different locations around the city. The grid landed her an interview on PBS NewsHour. She is the author of the poetry chapbook This City and the collection Killing Marías. 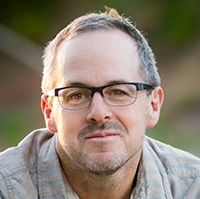 Marshall, a poet and professor at Gonzaga University, is the author of Bugle (2014), which won the Washington State Book Award in 2015. He is also the author of two previous collections, Dare Say (2002) and The Tangled Line (2009), and a collection of interviews with contemporary poets, Range of the Possible (2002). He was born in Buffalo, New York, and grew up in Wichita, Kansas. He studied English and philosophy at Siena Heights University, earned an MFA from Eastern Washington University, and graduated with his PhD from The University of Kansas. His work has been published in many journals, including The American Poetry Review, The Iowa Review, Poetry Northwest, The Kenyon Review, and elsewhere. 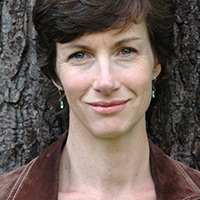 Austen is the author of a poetry collection, Every Dress a Decision, and two chapbooks, The Girl Who Goes Alone and Where Currents Meet. She produces literary programming for KUOW radio, a Seattle NPR affiliate, and is a communications specialist and educator at Seattle Children’s Hospital. She moved to Washington in 1989, at the time a stage actor, avid hiker, and occasional writer of poetry. After a transformative trip to the Andes region in her early 30s, Austen focused her efforts on poetry. Her work trends towards the personal, touching on issues such as women’s societal roles, courage, and spirituality. 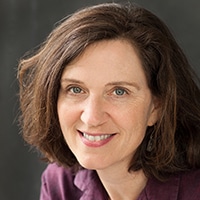 Kathleen Flenniken was raised in Richland and currently lives in Seattle. She holds engineering degrees from Washington State University and the University of Washington, as well as a Masters in Fine Arts degree from Pacific Lutheran University. She is president of Floating Bridge Press, a nonprofit organization dedicated to publishing Washington poets, and teaches poetry writing to students of all ages with the support of arts organizations including Seattle Arts & Lectures’ Writers in the Schools program and Jack Straw Productions. Flenniken’s first book, Famous

, won the Prairie Schooner Book Prize in Poetry, and was a finalist for a Washington State Book Award. Her second collection, Plume

, about the Hanford nuclear site, was recently chosen for the Pacific Northwest Poetry Series. Sam Green is a Washington native and resides on remote Waldron Island. He is the author of several poetry collections, including The Grace of Necessity

(winner of the 2008 Washington State Book Award for poetry), and his work has appeared in numerous publications. For more than thirty years, he has served as editor of a small press focusing on the work of Washington poets. He has been a visiting poet and poetry teacher at Seattle University and is active with the Skagit River Poetry Festival.

What should we do with controversial monuments?

"It isn't enough to say we 'need' the humanities because we ARE the humanities. They are gifts to us from our predecessors, ancestors, and contemporaries. They represent the imagination, [the] innovative, and ask us to think deeply—as the greatest philosophers and artists have always asked us for the last 2,500 years—about our experience, and to think beyond the various intellectually lazy forms of ideology circulating in America today."